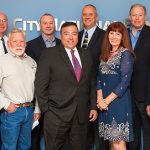 The commercial real estate (CRE) industry in Nevada has been growing in recent years despite a number of hurdles professionals have overcome. Leaders in commercial real estate recently met at the Las Vegas offices of City National Bank to discuss the challenges and opportunities facing their industry and what’s on the horizon moving forward. Connie Brennan, … END_OF_DOCUMENT_TOKEN_TO_BE_REPLACED

“It was the best of times, it was the worst of times” applies to Nevada’s tale of two industrial parks, one in the north and huge, the other in the south and a fraction of the size. Though the genesis of both took place at about the same time, in the late 1990s, their courses differed radically due to various circumstances of ownership, place and time. Today, the one with 17 … END_OF_DOCUMENT_TOKEN_TO_BE_REPLACED

According to analysts, Nevada’s economy will continue to show improvement in 2016, but with a few new wrinkles thrown in. Rising wages will mean more disposable income, which in turn boosts consumer spending. Job creation, described as the single best indicator of economic growth, is expected to add more than 52,000 workers to company payrolls this year, according to the Nevada … END_OF_DOCUMENT_TOKEN_TO_BE_REPLACED 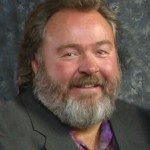 Cliven Bundy is a man on a mission. He’s been battling the federal government -- specifically, the Bureau of Land Management (BLM) -- for more than 20 years, and he’s determined to win this David-and-Goliath battle. Bundy’s family has raised cattle on the land around Mesquite since the 1870s, and he now owns about 500 cattle roaming through the desert rangeland. He tends … END_OF_DOCUMENT_TOKEN_TO_BE_REPLACED