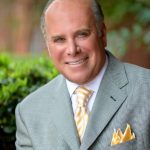 Reno – The National Council of Juvenile and Family Court Judges (NCJFCJ) has elected Mark A. Krasner, CPA, Esq., founding partner of Blanchard, Krasner & French to the Board of Directors. Blanchard, Krasner & French has a worldwide practice with offices in La Jolla, Calif. and Reno, Nev. “We are pleased to announce the appointment of Mr. Krasner to the Board,” said … END_OF_DOCUMENT_TOKEN_TO_BE_REPLACED