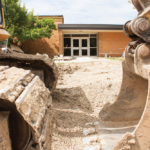 As privately-funded construction booms around Nevada, projects from public agencies are adding fuel to the already hot market. But contractors eyeing big public works jobs in the pipeline find themselves dealing with new, sometimes troublesome rules. The stakes are high with a lot of big construction contracts in the pipeline. Follow the Funds A $347 million plan for … END_OF_DOCUMENT_TOKEN_TO_BE_REPLACED

For more than 60 years, the Southern Nevada Home Builders Association (SNHBA) has been a leading advocate for housing in the state of Nevada. SNHBA has played a leadership role in the numerous governmental and public affairs’ issues that impact the housing industry, and in particular, homebuilders, homebuyers and homeowners. The association is the oldest and largest trade … END_OF_DOCUMENT_TOKEN_TO_BE_REPLACED 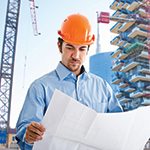 Nevada’s skyline is once again changing. Commercial real estate, which saw many projects stalled mid-recession, is finally moving: contractors are hiring and builders are returning. But is there activity across the board in all industry sectors – industrial, office, retail, mixed-use – or are some moving faster than others? Does it spell recovery? Or another boom and bust … END_OF_DOCUMENT_TOKEN_TO_BE_REPLACED

Nevada’s so-called “prevailing wage” laws cost taxpayers millions of dollars each year – many of these dollars go into union coffers instead of to workers. Once you know the facts about it, you’ll be as outraged as I am that this politically motivated system has been allowed to continue. Prevailing wage laws require contractors who bid on public works projects to pay all … END_OF_DOCUMENT_TOKEN_TO_BE_REPLACED