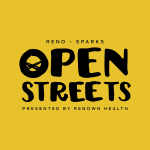 Reno-Sparks Open Streets, a set of innovative health-centric events planned for July 31 and August 20, aims to encourage healthy communities by temporarily closing sections of road in downtown Reno and Sparks to car traffic and opening it up to walking, biking and more with local vendors populating the route. These events are a collaborative effort between The City of Reno, … END_OF_DOCUMENT_TOKEN_TO_BE_REPLACED

PAHRUMP, Nev. – Members of Valley Electric Association, Inc. (VEA) in districts 1 and 3 have the opportunity this year to select the individuals who will represent their communities on the cooperative’s democratically elected Board of Directors. District 1, which includes residents of Pahrump south of Nevada Highway 372, will finalize its election during a district meeting … END_OF_DOCUMENT_TOKEN_TO_BE_REPLACED

Here’s the bad news. When it comes to overall health, Nevada ranks in the lower half among all 50 states. That’s according to the 24th annual America’s Health Rankings from United Health Foundation. The report, the longest running of its kind in the country, placed Nevada No. 37 among all 50 states for overall heath, which is the same ranking the state received last year. … END_OF_DOCUMENT_TOKEN_TO_BE_REPLACED