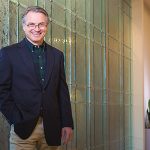 Like the fellow who narrowly escaped drowning, executives of architectural and engineering firms in Nevada are really cautious as they venture back into the water. Obviously, industry executives are thrilled they’re landing a steady stream of new work as the development and construction sectors come back to life but, they’re wary of once again getting into deep water too … END_OF_DOCUMENT_TOKEN_TO_BE_REPLACED 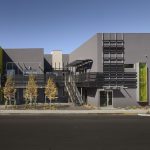 CARSON CITY – Carson City-based Shaheen Beauchamp Builders LLC has been nominated to receive the Nevada Excellence in Design awards by the Nevada Chapter of the American Institute of Architects for their work on renovations of the Mutual of Omaha Bank in Carson City in 2013 and 777 Center in midtown Reno this year. According to the organization’s website, the AIA Nevada … END_OF_DOCUMENT_TOKEN_TO_BE_REPLACED

Reno's East Fourth Street will be transformed during the second annual Positively 4th Street Better Block Project event. Considered "the gateway" to downtown Reno, Fourth Street is home to several historical properties but is in need of upgrades and repair. Local businesses are looking to spruce up the area through landscaping, adding a two-way bicycle lane, re-striping … END_OF_DOCUMENT_TOKEN_TO_BE_REPLACED