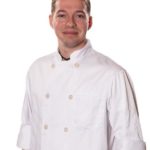 (Sparks, Nev.) – Alex Downing of Stella has joined the Roundabout Catering team as chef de cuisine. After moving to the area seven years ago, Downing started as a pantry cook for Jacob Burton at Stella in The Cedar House Sport Hotel in Truckee, Calif. and later became executive chef. It was this role that allowed him to explore his true passion for ethnic cuisine from around … END_OF_DOCUMENT_TOKEN_TO_BE_REPLACED