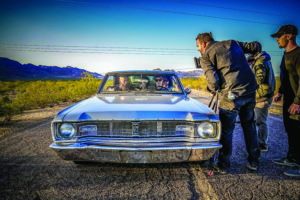 This page provides the latest feature content on the Nevada Film Industry from Nevada Business Magazine, plus additional resources.

The film industry itself is expanding. The internet has changed the concept from movies to content, embracing films, television, commercials, radio and podcasts. The list of content types, and the demand, keep rising. .

“States around the country and countries around the world are competing for these productions,” said Preiss. “A lot of them are offering tax incentives to do so and that’s why Nevada has a competitive incentive program.”

With cities like Las Vegas and Reno-Tahoe, Nevada can effectively compete as a production location because of our brand, and because people want to come here. [Read the full story]