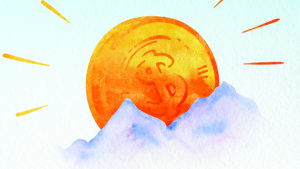 This page provides the latest feature content on the Nevada Banking Industry from Nevada Business Magazine, plus additional resources.

Banking on Nevada: A New Decade is Dawning

The economy and the banking industry mirror each other, and both are doing well in Nevada as the new decade begins.

“We have one of the best economies in the country as measured by employment growth and in-migration, all those key metrics that we watch so closely, those are really strong right now. That generally means that the banking industry’s going to do well. That’s right where we are,” said Terry Shirey, president, Nevada State Bank.

The banking industry in Nevada is experiencing good loan and deposit growth. Interest rates are somewhat challenging not just for the state, but throughout the U.S., said Shirey, but that’s a manageable challenge and not a factor inhibiting growth of the industry. “It’s just something we all need to work hard on, but the industry overall is very healthy.” [Read the Full Story]

Industry Focus: Bankers: One industry that is consistently at the forefront of any economic discussion is banking. From financing issues to community giving, bankers are involved in the Silver State at a micro level. [Read More]

Banking: Let the Good Times Roll
“It’s a great time to be a bank in Nevada,” said Stan Wilmoth, president and CEO of Heritage Bank of Nevada. Loans and deposits at the Northern Nevada community bank increased about 8 to 10 percent last year, and Wilmoth expects a similar trend this year. [Read More]

Industry Focus: Bankers
An industry that saw major changes and new regulations after the recession hit, banking has endured a host of ups and downs. Currently in an upswing, the industry is cautious and working toward smart growth. Recently, banking executives met at the Las Vegas offices of City National Bank to discuss banking and talk about some of the changes they’re seeing.[Read More]

Banking on Nevada: Stronger + in Recovery Mode
For City National Bank, 2016 was one of its best years since the economic downturn. Today, with $47 billion in assets, its financials are more robust overall, profitability is improved, topline revenues are increasing and its number of clients is up, said Scott Aney, Nevada regional executive. [Read More]

Industry Focus: Bankers
As the Silver State continues to bounce back from the recent recession, Nevada banking continues to experience ups and downs throughout the recovery. [Read More]

Banking On Nevada: An Industry Still in Recovery
Nevada’s banking industry, which was hit hard during the recession, continues to see challenges today. Some bankers believe post-financial crisis regulations, rising interest rates and the popularity of mobile banking and other technology will continue to change their industry. [Read More]