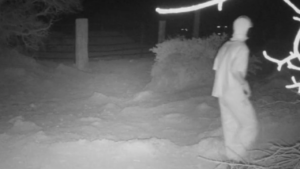 orse killer reward has doubled from it’s original $5,000 to $10,000. The increase is due to David Kohlmeier, community organizer/ businessman Derek Parent, andThe Problem Solver Show. David Kohlmeier is allocating another $5,000 reward for information leading to an arrest. By facilitating this contribution, David Kohlmeier hopes to generate leads that help to catch the man who killed four horses in Las Vegas.

David Kohlmeier conducted an interview with PETA along with Local Community Business Leader, Derek Parent. During the show, PETA Coordinator, Courtney Penley explained why it’s so important to capture this horse killer. She explained how eventually this killer can turn to people since he hasn’t been caught. During the discussion, David Kohlmeier, The Problem solver agreed that a challenge of REWARD money may hope to bring us justice via information and or tips leading to an arrest. After the interview, Derek Parent decided to match PETA’s $5000. This was a huge gesture of good faith by Derek to help bring us justice in Clark County. Derek believes that $10,000 will help STOP this serial killer in Clark County, Nevada. Any tips can be called into the Las Vegas Crime Solvers at 1-833-LVCRIME or 1-833-TIPSCASH.

David Kohlmeier is a retired police officer and host of The Problem Solver television show and podcast. The tv show Airs Tuesday 6 PM on channel 14 every week.