You are here: Home / Press Release Wire / President & CEO of Leading Architecture Firm Appointed to Board of Directors at Statewide Community Organization

HENDERSON, Nev. – TSK Architects is pleased to announce that Windom Kimsey, FAIA, LEED AP, has been appointed to the board of directors for the Council for a Better Nevada (CBN). Kimsey currently serves as president and CEO of TSK Architects and oversees the planning and development of all company projects. He is a member of several professional affiliations and brings with him decades of leadership and design experience. 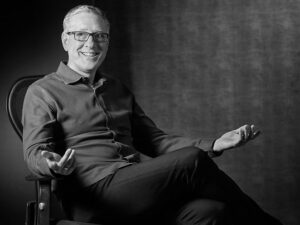 “We are very pleased to have Windom Kimsey join the mission of the CBN,” said Maureen Schafer, executive director of CBN and president and CEO of Nevada Health and Bioscience Corporation. “His longtime personal engagement in community improvement, as well as his optimism to build a strong and resilient Nevada for all its citizens is a welcome addition to our board.”

“I am thrilled to have been appointed to the board of directors at CBN,” said Kimsey. “I have always valued CBN’s mission to engage in those issues that have real and significant impact on our community. I believe that Nevada is a better place because of their efforts, and I am honored to be a contributing member.”

Kimsey joined TSK in 1991 and became president and CEO in 2008. In his tenure at TSK, he has guided the firm to a number of prestigious honors. He has been recognized numerous times by AIA Nevada and in 2004 was inducted into AIA’s College of Fellows, an honor that is only been given to six Nevada architects. Kimsey is an avid supporter of public education and the arts and developed a children’s art program that has been incorporated into a number of TSK’s public projects.

For more information about CBN, including how to access their annual reports, visit cbnonline.org.