ioneer Ltd (“ioneer” or “the Company”) (ASX: INR, NASDAQ: IONR), an emerging lithium–boron supplier, is pleased to announce the commencement of trading on the NASDAQ under an American Depositary Receipt (ADR) listing. The ADR program will complement ioneer’s existing primary listing on the ASX Australian Securities Exchange. The ADRs began trading on Nasdaq on June 30, 2022, under the symbol IONR. 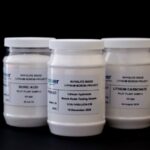 The SEC registration and Nasdaq listing process does not include a capital raise. ioneer had a cash balance of approximately A$144.2 million as of March 31, 2022.

As a critical mineral in powering electric vehicles (EV), global demand for lithium is rapidly increasing as countries like the US shift resources to drive a successful transition to a clean energy future. The Rhyolite Ridge lithium-boron operation, expected to come onstream in 2025, will become a major domestic supplier of refined lithium and boron products, with enough supply of lithium materials for approximately 400,000 electric vehicles each year.

“Rhyolite Ridge is a world-class lithium project and ioneer is ideally positioned to play a major role in the energy transition. We believe making it easier for North American capital market participants to invest in ioneer is consistent with our ambition to produce materials necessary to develop electric vehicle and renewable energy supply chain infrastructure in North America.”

ioneer has undertaken significant work in recent years to further establish its presence and bolster its team in the US. This includes appointing two additional US-based Board members and several senior hires in Nevada. Most of the team, half of the ioneer Board, and close to a quarter of the Company’s shareholder base is US-based.

“We believe this secondary listing will be greatly beneficial to the Company and its shareholders. There is a growing desire among North American investors to take part in the clean energy supply chain. We are pleased ioneer will gain greater visibility through a leading North American capital market trading platform that is suited for future-forward companies like ours.”

ioneer has also entered into a lithium offtake agreement with EcoPro Innovation related to over 30% of its lithium production and Memorandums of Understanding (MOU) with multiple US-based companies to support development of the US EV supply chain. These include an MOU with Dragonfly Energy, a lithium-ion battery technology company based in Reno, Nevada as announced in December 2020 and an MOU with NexTech Batteries, a lithium- sulphur battery technology company based in Carson City, Nevada as announced in March 2022.

ioneer has also entered into a depositary agreement with The Bank of New York Mellon (“BNY Mellon”) under which BNY Mellon would act as depositary, custodian and registrar for the ADRs. For shareholders interested in depositing their ASX securities to participate in the ADR program, instructions and BNY Mellon contact information can be found on our website.

About ioneer
ioneer Ltd is the 100% owner of the Rhyolite Ridge Lithium-Boron Project located in Nevada, USA, the only known lithium-boron deposit in North America and one of only two known such deposits worldwide. The Definitive Feasibility Study (DFS) completed in 2020 confirmed Rhyolite Ridge as a world-class lithium and boron project that is expected to become a globally significant, long-life, low-cost source of lithium and boron vital to a sustainable future. In September 2021, ioneer entered a 50/50 joint venture agreement with Sibanye Stillwater Ltd to advance the Rhyolite Ridge project into commercial production. ioneer will be the operator of the Project, which is expected to come onstream in 2025.