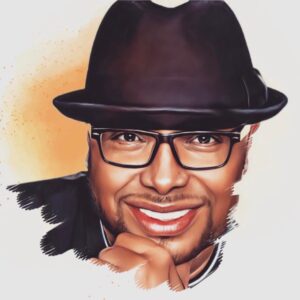 “The Voice” seasons 1-4, MTV’s “Star Maker” and P. Diddy’s “Making His Band” has relocated from Los Angeles, California to Las Vegas, Nevada to give vocal training to talented youth and adults in the Las Vegas Valley.

Johnson will be touring the country to teach singers how to have a better audition, unique singing techniques and also how to survive in the music industry.

He is also the author of the book “Following the Voice – Sounds Produced From Heaven”.  Romeo hopes to inspire and help any and every young aspiring musician or anyone wanting to avoid mistakes, train wrecks, brick walls or self-sabotaging decisions that can shorten or end a career with his words of wisdom,  life experience  and industry acumen.

P. Diddy, Ester Dean and Cassie to name a few.

Johnson is the first and only male vocalist to ever tour with Janet Jackson.

Romeo Johnson is an American singer-songwriter, composer and vocal coach. A Chattanooga Tennessee native, Johnson attended Brainerd High School for music, theory, conducting/arranging and stage band. He later attended the University of Tennessee and studied theatre, voice and dance. Johnson is a baritone and has a five-octave range from falsetto to bass. Romeo Johnson has held an adjunct professorship at the University of Southern California, Thornton School of Music in the Popular Music Department under Chair Patrice Rushen for the past 8 years.