You are here: Home / Press Release Wire / Trosper Public Relations in Nevada Promotes From Within

HENDERSON, Nev. — Trosper Public Relations is pleased to announce the promotion of Dylan Kendrick to senior account executive. Kendrick came to Trosper Public Relations after years of reporting stories in the Las Vegas community. He covered the city’s economic crisis brought on by the COVID-19 pandemic, presidential campaigns, and various breaking news and feature stories that kept the community informed. Working as a journalist has allowed Kendrick to understand the work it takes to elevate businesses, to maximize their reach and revenue through creative storytelling. 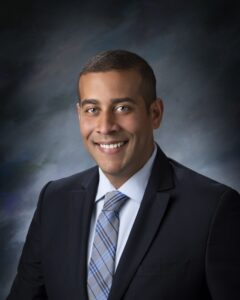 Kendrick is well versed in all things media as an established and Emmy-nominated journalist for nearly a decade. In his new role as a senior account executive, Kendrick will serve as the lead on company accounts.

“We are excited to name Dylan Kendrick as a senior account executive,” said Elizabeth Trosper, CEO of Trosper Public Relations. “Dylan has been invaluable over the past year since he joined the company. He is highly skilled in determining what makes news in the community and has shown himself to be an excellent leader within our team and through the relationships he has built with our clients. I am excited to have him serve in this new capacity and look forward to his continued success within the company.”

Kendrick obtained his bachelor’s degree in journalism from the University of Nevada, Reno and is continuing his education at Mississippi State University where he is working towards a certificate in broadcast and operational meteorology. When he is not working, Kendrick enjoys spending time with his family and friends. He is passionate about traveling and documenting the world as he learns about different cultures and their traditions.