You are here: Home / Press Release Wire / Local Diver to Appear on the Problem Solver Show to Discuss the Search for Human Remains in Lake Mead 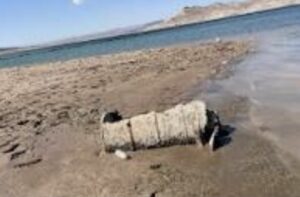 Kohlmeier and Minor will be interviewing one of the volunteer licensed divers on the ongoing efforts taking place at Lake Mead to uncover bodies and human remains found inside of barrels.

The two retired police officers have offered volunteer divers a reward of $5,000 to uncover any existing barrels that contain bodies from Lake Mead in an effort to help victims of families put closure on their loss.

On May 1st, a barrel containing the remains of a man was discovered on the shore of Lake Mead near Hemenway Harbor. It was determined the man had been shot and the murder likely happened in the 1970’s.

As a result of the news of the $5000 reward offered by The Problem Solver Show was broadcasted, two paddle boarders discovered skeletal remains in Callville Bay on Saturday.
The bones were in a sandy area.

The episode of the Problem Solver featuring the local diver will air on Tuesday, May 10, 2022. To view this episode you may also visit www.theproblemsolvershow.com or https://youtu.be/wjlhm_6oKMs