You are here: Home / Press Release Wire / Attorney General Ford Cautions Nevadans to Be on the Lookout for Credit Union, Bank Imposter Scams 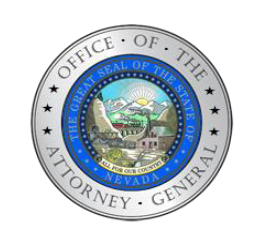 The Office of the Nevada Attorney General’s Bureau of Consumer Protection recently received reports from Nevada-based credit unions and banks of scams in which individuals pretending to be from a local depository institution contact consumers in order to trick them into handing over their personal identifying, financial information or money.

“Scammers are constantly getting smarter and more savvy,” said Attorney General Aaron Ford. “Sophisticated scammers are turning to SMS messaging, texts, phone calls and emails, often in combination, to pose as depository institutions. One of the most powerful tools anyone can use against scammers is knowledge – if you’re familiar with red flags and know what cautionary steps to take, you have a good chance of protecting your wallet and personal information.”

Scammers often use a depository institution’s trademarks and mimic its online design to appear legitimate. They may also reach out via phone call. More elaborate schemes might involve a combination of texting, phone calls and website links to make scammers’ claims look more legitimate. Because of this, it is particularly important that consumers be on the lookout for signs that the person on the other end of the line isn’t who they claim to be.

“The residents of the Silver State are the defense against cyber thieves, hackers and fraudsters,” said Diana Dykstra, President and CEO of the Nevada Credit Union League. “It is imperative that everyone remain vigilant and keep a diligent eye open for fraud attempts, and if they think they see something that is fraud, please report to the authorities and to your credit union.”

“The Nevada Bankers Association is committed to working with Attorney General Ford and the Nevada Attorney General’s Office,” said Phyllis Gurgevich, President and CEO of the Nevada Bankers Association. “Working to educate the public through campaigns such as this one can turn the table on fraudsters by empowering consumers to spot bogus phishing scams while keeping their accounts and personal information safe.”

The Bureau of Consumer Protection offers the following tips:

·      If you get a text message from a company that asks you to click on a link, pause and ask yourself if it is a company with which you have done business. If the answer is no, it is likely a scam. If the answer is yes, contact the company by using the number of your bank that is on your credit or debit card to confirm any suspicious transactions.

·      Protect all of your accounts with multifactor authentication (MFA). This means that you will need extra credentials to log into your accounts, such as a code sent to your mobile device. Do not provide MFA codes or passwords to anyone over the phone. This will help protect your accounts in the event your information is compromised.

·      Financial institutions will not ask customers to transfer funds between accounts in order to help prevent fraud.

·      In addition to knowing the victim’s financial institution, cybercriminals often have additional information such as the victim’s past addresses, partial Social Security numbers, and the last four digits of their bank accounts to convince the victim of their authenticity. It is best to hang up and call the number on the back of your card.

·      After sending a fake alert that money was fraudulently transferred, cybercriminals will call from a number which appears to match the financial institution’s legitimate 1-800 support number. Under the pretext of reversing the fake money transfer, victims are swindled into sending payment to bank accounts under the control of the cyber actors.

·      If you think you’ve been a victim of a scam, always report it. Even if you can’t get your money back, you can prevent the scammer from taking money from someone else.

·      Your financial institution will not carry on a conversation with you over text message. If you are suspicious of the veracity of the sender, stay safe and don’t respond.

·      For additional information about protecting yourself from depository imposter scams, see: https://www.banksneveraskthat.com/about/.

If you believe you have been a victim of a scam, you may file a complaint with the Office of the Nevada Attorney General. Include as much information as possible with your complaint.