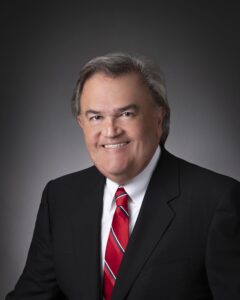 “I am proud to be endorsed by the brave men and women of the Henderson Professional Fire Fighters,” said Steve Rice. “Community service is close to my heart and our fire fighters are truly local heroes when it comes to keeping Henderson safe. I am grateful for their support for city council seat and look forward to partnering with them to make Henderson a safer place for all residents.”

“Our membership fully supports Steve Rice in his bid to be Henderson’s next City Councilman.

Steve is committed to maintaining response times that lead the nation — and the exceptional care six-person teams deliver. It can be the difference between life and death and that’s why Steve has earned our support,” said Dan Pentkowski, President of the Henderson Professional Fire Fighters. “All registered voters citywide are eligible to vote in the nonpartisan primary and we ask that you join with Henderson Firefighters in supporting Steve Rice.”

Born and raised in Southern Nevada, Steve Rice first moved to Henderson in 1996.  He attended Chaparral High School and then UNLV, first as a music major on scholarship and then as an accounting major in the College of Business. After receiving his Bachelor of Science in Accounting from UNLV, he attended UCLA School of Law and went on to practice law in Los Angeles for six years. Rice moved back to Clark County in 1989 and joined the law firm of Jones, Jones, Close & Brown as a transactional real estate attorney. He received his Master of Law in Taxation from the University of San Diego. In 2004, he founded his namesake law firm, and he continues to work as a leading commercial real estate and business attorney.

The Primary Election will be held on June 14, 2022. Candidates in Henderson run at-large for the nonpartisan council seats and all voters are eligible to cast ballots in the Primary. For more information, please visit VoteSteveRice.com.