Plan now to GO PURPLE to remember victims and survivors of crime in Nevada. April 24-30th is National Crime Victims’ Rights Week. Here in Nevada, we recognize the week by uniting civic leaders, businesses, and advocacy organizations across Nevada to GO PURPLE. 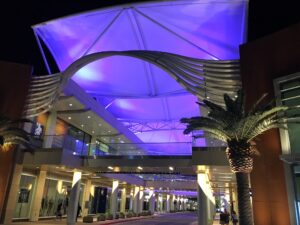 We ask all Nevadans to join us and GO PURPLE. Let’s never forget the victims and survivors in our state.  #GoPurpleMLNV, #VictimsRightsNV, #NCVRW2022

This is the 41st year for this week of remembrance, organized by the U.S. Department of Justice Office for Victims of Crime. National Crime Victims’ Rights Week is set for April 24-30th, and this year’s theme is “Rights, access, equity, for all victims.”  In recognition, Marsy’s Law for Nevada crime victims’ rights advocates ask all Nevada citizens and businesses to unite and GO PURPLE. Jeff Kaye, Marsy’s Law for Nevada Director of Government Affairs says, “Our goal is to bring awareness about the needs of victims and the rights they now have in Nevada, and offer recognition for the outstanding professionals who work each day to protect and inform victims to see that justice is done.”

Law enforcement officers across Nevada saw more than 13,000 violent crimes, plus another 30,000 cases of domestic violence and crimes against the elderly in 2021 according to Nevada State Police tallies:

https://rccd.nv.gov/About/UCR/Crime-In-Nevada and click on NevadaCrimeStats. Violent crimes include murder, rape, robbery, and aggravated assault. Property crimes were far more prevalent. For every case, there are victims to remember.

Plan now to GO PURPLE and post your photos of support on social media using these hashtags. #GoPurpleMLNV, #VictimsRightsNV, or #NCVRW2022

Victims of crime in need of assistance or support will find a statewide list of resources and assistance organizations, along with information on victims’ rights now protected under our state constitution on the Mary’s Law for NV website, www.MarsysLawForNV.com, on the Nevada Attorney General’s website: https://ag.nv.gov, or check your County government website, District Attorney pages, and local advocacy organizations.

Among the Guarantees Marsy’s Law for Nevada Provides for Crime Victims:

• The Right to receive information about their rights, and the services available to crime victims.

• Right to be treated with fairness and respect throughout the criminal justice process.

• Right to be notified of a defendant’s impending release, and be protected from the defendant.

• Right to notice of all public proceedings in the case.

• Right to be reasonably heard, upon request, at all public proceedings regarding the case.

• Right to reasonably confer with the prosecuting agency, upon request, regarding the case.

• Right to full and timely restitution.

The effort is named after Marsalee “Marsy” Nicholas who was murdered by her ex-boyfriend in California in 1983. A week later he was released pending his court proceedings and went face to face with the victim’s family, who had no idea he was out of jail. Today her family is working to secure a voice and protection for victims’ and their families, nationwide. Individual Marsy’s Law measures have now been approved in twelve states including Nevada. Nearly 140-million people, or 40-percent of all Americans, now receive protected rights under Marsy’s Law. www.MarsysLawforNV.com