RENO, Nevada – Commemorated each year on March 8, International Women’s Day is a global day celebrating the social, economic, cultural, and political achievements of women – while also marking a call to action for accelerating women’s equality. 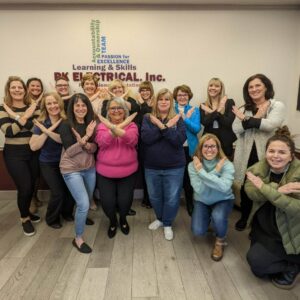 The theme of this year’s International Women’s Day is #BreakTheBias. Organizers of the International Women’s Day global collective movement ask us to, “Imagine a gender equal world. A world free of bias, stereotypes and discrimination. A world that’s diverse, equitable, and inclusive. A world where difference is valued and celebrated. Together we can forge women’s equality. Collectively we can all #BreakTheBias.”

Working toward gender parity and celebrating the achievements of women is nothing new to the Nevada Women’s Fund, an organization that exemplifies that spirit daily in its work throughout northern Nevada.

Founded in 1982 by a group of concerned women, Nevada Women’s Fund was established to correct the national imbalance of financial distribution from traditional resources that resulted in less than 6% of grants going to women and children. Since then, the Nevada Women’s Fund has awarded more than $8.4 million in educational scholarships and community grants to uplift the lives of women and their families.

“Nevada Women’s Fund commends the efforts of International Women’s Day,” said Ila Achtabowski, President and CEO for the Nevada Women’s Fund. “We know that our mission of empowering women through achievement lifts up the community as a whole, and as we work to make a difference locally, we recognize the important work of organizations that raise awareness of women’s issues globally.”

To learn more about the Nevada Women’s Fund visit nevadawomensfund.org.

About the Nevada Women’s Fund
Established in 1982 the Nevada Women’s Fund (NWF) has been supporting women and families through the allocation of education scholarships to help northern Nevada women increase their chances for a self-sufficient future. NWF works to identify the issues that affect Nevada’s women and families and facilitate solutions by recognizing and celebrating the outstanding achievements of women in our communities and providing them with the resources they need to become community leaders.