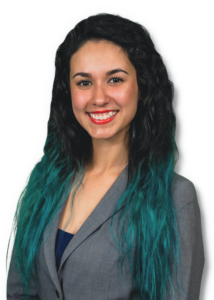 Furleigh worked as the account manager at FPOTH’s marketing agency and has two-years of familiarity with the nonprofit. In this role, Furleigh will be responsible for leading all marketing initiatives, communications and public relations for the organization. She also won two National awards for FPOTH for the 2019 annual report.

“We are so excited to have Kristen join our small team,” said Genevieve Frederick, FPOTHs’ founder and president. “She will be working to bring the FPOTH story to more and more people across the United States.”

FPOTH also announced the promotion of Laura Brown to executive director, and she will oversee the operations of the organization. Brown has been with FPOTH since February 2015 and has a passion for helping people through their pets. She will succeed Renee Lowry, who has been appointed Chief Financial Officer of the nonprofit. Lowry is charged with oversight of accounting and finances and has been with FPOTH since November 2011.

FPOTH has experienced significant growth in the last year with a 38 percent increase in calls between 2020 to 2021 with no indication of slowing down in 2022.  The three full time case managers, who work with homeless who have ill or injured pets, have seen an increase of 27 percent in hospital visits over last year.

About Feeding Pets of the Homeless:

Feeding Pets of the Homeless believes in the healing power of companion pets and of the human-animal bond, which is very important in the lives of many homeless. They find solace, protection and companionship through their pets. They care for their pets on limited resources so they themselves have less. The task, nationwide, is to feed and provide basic emergency veterinary care to their pets and thus relieve the anguish and anxiety of the homeless who cannot provide for their pets. For more information, please visit www.petsofthehomeless.org.