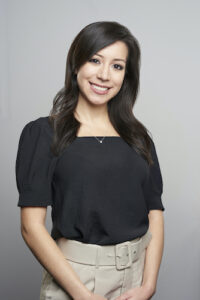 Acero has been with DLG since 2020 as a litigation case manager. In her new position, she will increase the law firm’s community awareness and build and strengthen its relationships throughout Southern Nevada. Acero also will be responsible for DLG’s social media efforts.

Prior to joining De Castroverde Law Group, Acero was a marketing consultant at Entravision Communications. She is a graduate of UNLV and serves on the board of directors for The Machuca Foundation, Inc.

“We’re very excited Liliana decided to take on this new role at our firm,” said partner Alex De Castroverde. “She’s a valuable addition to our growing team as we continue to expand the firm and enter new markets.”