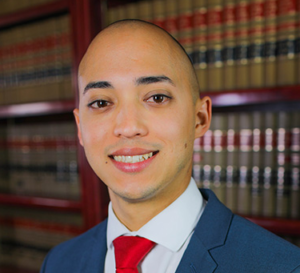 Hagen was admitted to the State Bar of Nevada in 2021, and graduated from University of San Diego School of Law. She is experienced in a variety of legal areas, including personal injury law, employment law and real estate syndication. Hagen also is a Master of Laws (LLM) candidate in taxation. Prior to joining De Castroverde Law Group as a personal injury attorney, she worked for another law firm.

Morales is an experienced attorney with a focus on immigration law. He practices in Las Vegas, but provides legal representation in immigration matters across the United States, U.S. embassies and consulates worldwide as authorized by federal law. Morales possesses a Master of Laws (LLM) in law and government with a specialization in immigration law and policy from the American University Washington College of Law. He is admitted to practice law in Puerto Rico, the U.S. District Court for the Western District of Texas, and the U.S. Court of Appeals for the Fifth and Ninth Circuit.