LAS VEGAS – De Castroverde Law Group, a personal injury, criminal defense and immigration law firm has opened an office in Oakland, California. The firm was founded in Las Vegas in 2005 by brothers Alex and Orlando De Castroverde and it is now one of the region’s largest and fastest-growing Hispanic-owned law firms. 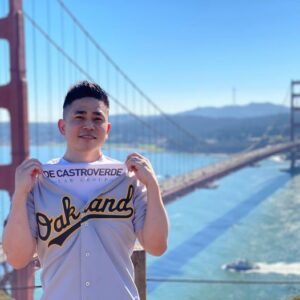 The expansion represents a homecoming for De Castroverde Law Group attorney Kyle Morishita, who grew up in Northern California and will oversee the Oakland office. Morishita earned his law degree from University of California, Davis School of Law. He is licensed in both California and Nevada and is one of two attorneys to receive Chambers USA’s highest ranking in Nevada for immigration law. He also received top honors from Super Lawyers, Martindale-Hubbell, Avvo, and Nevada Business Magazine.

“We’re excited to see our law practice continue to grow to serve our clients in other states,” said firm partner Alex De Castroverde. “Kyle is eager to help the community where he was raised with the opening of our California office.”

The firm has grown from three attorneys to more than 80 employees and now has three offices in Southern Nevada (two in Las Vegas and one in Henderson), along with an office in Reno and now in Oakland. Of the firm’s 80 employees, 20 are practicing attorneys.