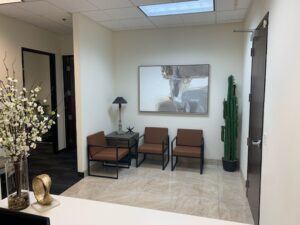 Longtime De Castroverde Law Group attorney Peter Petersen will oversee the Henderson location. Petersen earned his law degree from the William S. Boyd School of Law at UNLV in 2016, attending school on an academic scholarship. The office is at 9555 S. Eastern Ave., near the Eastern exit from the 215 Beltway.

“We’re excited to see our law practice continue to grow to serve our clients and colleagues at convenient locations around town,” said partner Alex De Castroverde. “We’re right in the heart of Henderson to better serve those that live in this part of Southern Nevada.”

The firm has grown from three attorneys to more than 80 employees and now has three offices in Southern Nevada (two in Las Vegas and one in Henderson), along with an office in Reno and one in Oakland, California. Of the 80 employees, 20 are practicing attorneys, making it one of the region’s largest and fastest-growing Hispanic-owned law firms.