RENO – A report released this week by the Nevada State Apartment Association (NVSAA) shows apartment rents beginning to stabilize even while demand has accelerated, matching the strong levels of the past year. 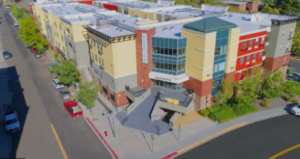 The report, issued by the NVSAA based on data provided by CoStar, shows asking rents for apartments in the Reno-Sparks area during the third quarter of 2021 averaged $1,493 per month. That was up from $1,475 per month during the second quarter, and up from $1,337 one year earlier.

“Rents are stabilizing as we enter the time of year when fewer people tend to move,” said NVSAA Executive Director Susy Vasquez. “Rents are expected to continue going up in the Reno-Sparks area, but probably not at the rate we’ve experienced this year. The growth rate of the past 12 months is just not sustainable for a healthy market.”

Meanwhile, the vacancy rate for local apartments continues to level out, with the average vacancy rate during the third quarter of 2021 at 3.9%. That’s down from 6.4% during the same period in 2020.

Though the inventory of apartments in Northern Nevada grew substantially in the last five years, the report found that even more new communities are coming online this year. The report showed 2,006 apartment units under construction during the third quarter in the Reno-Sparks metro area, up from 1,384 apartment units under construction during the second quarter.