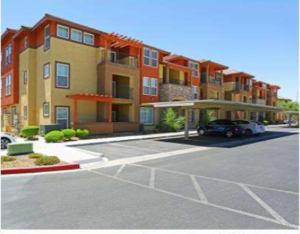 “Rents are stabilizing as we enter the time of year fewer people tend to move,” said NVSAA Executive Director Susy Vasquez. “Rents are expected to continue increasing, but not at the rate we’ve experienced this year. The growth rate of the past 12 months is just not sustainable for a healthy market.”

Meanwhile, local apartment vacancy rates continue to decrease, with the average vacancy rate during the third quarter of 2021 at 3.9%. That was down from 4.3%, during the previous quarter, and down from 5.4% during the same quarter in 2020.

Las Vegas continues its run as one of the nation’s fastest-growing apartment markets during the pandemic. Based on 2020 data, Clark County’s population grew by nearly 2% over the past year, or about 40,000 people. This growth occurred despite the pandemic and many business shutdowns. Unemployment rates remain high in Southern Nevada compared to the national average, but the report noted that a fully reopened economy has boosted job growth in the recovering leisure and hospitality sector.