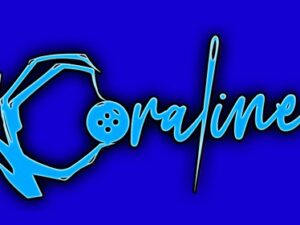 The production, which introduces original concepts and eye-catching puppetry, tells the story of Coraline, a curious girl who a secret door in her new home. Behind the door lies an alternate world that seems like a much improved version of her own. Coraline rejoices in her discovery, until her Other Mother and parallel family try to keep her forever.

To save her family, Coraline must use all her resources and bravery and come to the ultimate realization that she’s not the center of the universe.

“We are thrilled to be back together, rehearsing and preparing to perform at full capacity again,” Escobar said.

“These shows and artistic programs let our students expand their minds, work as a team and manage the tension of performing in front of live audiences, all skills that will help them later in life,” Faith Lutheran Fine Arts Dean Emily Slater said. “In their way, these shows all explore lessons about the human condition, which helps cast and crew members develop empathy and compassion.”

Visit www.faithconservatory.com to buy show tickets or learn more about the Conservatory of Fine Arts Academy.

About Faith Conservatory of the Fine Arts

The conservatory offers majors in all five disciplines of the fine arts including: dance, visual arts, vocal performance, instrumental performance, theatrical performance, and technical theatre. All 9th-12th graders are invited to audition and must re-audition to remain in the program each year. Several progressive artistic opportunities are offered to conservatory students throughout the year including theatrical plays and musicals at national, regional and state levels, visits to New York City to experience professional productions, choir recitals, band concerts, visual arts showcases and studio exhibits, dance team competitions and performances in chapel services. For more information visit www.faithconservatory.com.

Faith Lutheran is accredited by AdvancED and the National Lutheran Schools Accreditation. Learn more at www.faithlutheranlv.org.