CARSON CITY, NV – The Nevada Supreme Court announced today that Gianni Troian has been appointed as the Chief Information Officer for the Nevada Appellate Courts. 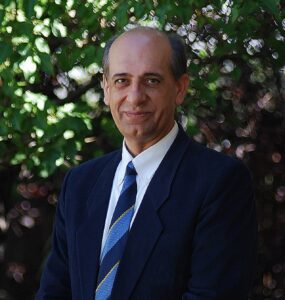 Troian will be responsible for providing vision and leadership in identifying, acquiring, and implementing information technologies for the Nevada Judiciary. He will be collaborating closely with the Director of the Administrative Office of the Court, Clerk of Court, Supreme Court Justices, Judicial Council Technology Committee, and Supreme Court IT Steering Committee to modernize and secure statewide IT policies, strategies, standards, and budgetary requirements. Supported by a team of IT professionals, he will also be overseeing the day-to-day information technology operations to ensure the confidentiality, integrity, availability, and access to data for which the Judiciary is a steward.

Most recently, Troian served as the Vice President of Information Technology and HIPAA Security Officer for a nationwide healthcare provider serving northern California and Nevada. Prior to that, he was Director of IT for a subsidiary of Lockheed Martin Corp., where he managed global corporate infrastructure and data center operations supporting finance, human resources, sales, marketing and engineering business systems, security, and compliance. Throughout his career, Troian has been dedicated to providing high quality and robust IT services with a key focus on improving operational efficiency, security, cross-functional synergy and investment value, and has also been an active leader in various trade, technology and government organizations.

About the Nevada Supreme Court

The Supreme Court of Nevada is the highest court of the Judicial branch. There are seven Justices on the court who are elected to six-year terms, with one Justice Chief Justice. The court’s primary responsibility is to review and rule on appeals from District Court cases and determine if legal or procedural errors were committed during the case. The Supreme Court is funded almost equally from the state general fund and from administrative assessments. The court conducts regular sessions in Carson City and Las Vegas. To learn more about Nevada’s judicial branch, visit https://nvcourts.gov/supreme/.