You are here: Home / Press Release Wire / The Pioneer Center for the Performing Arts Announced That Clark Demeritt Has Joined the Organization as the Box Office Manager.

The Pioneer Center for the Performing Arts announced that Clark Demeritt has joined the organization as the Box Office Manager. 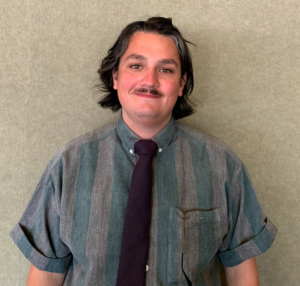 Clark Demeritt was born and raised in Reno, Nevada. He grew up enjoying Reno’s outdoor activities as well as watching the local arts community flourish. As a teenager, he was a fixture in the local music scene and was labeled the “Coolest Dude to Bump Into at a Rock Show” by Brad Bynum of the Reno News and Review. Clark was crowned “Reno Air Guitar Champion” two years in a row by a panel of local music leaders and the 2008 Air Guitar World Champion Hot Lixx Hulahan. He became involved with The Holland Project as a member of the Youth Advisory Board and eventually transitioned into the full-time position of Music Director. Clark’s five years leading the music program at The Holland Project was integral in shaping what the organization is today. After his tenure with The Holland Project, Clark moved to Seattle where he worked as Tour Manager for international touring act Shannon and the Clams and Stage Manager for indie singer-songwriter Phoebe Bridgers. While in Seattle, he also created and performed as Clarko as well as played tambourine in national touring act Dreamdecay. Clark recently relocated back to his hometown and is excited to bring his enthusiasm and love for the arts along with 15 years of arts management experience to the Pioneer Center.