RENO – A report released this week by the Nevada State Apartment Association (NVSAA) shows apartment rents and demand in the Reno-Sparks area continuing to accelerate due to the area’s evolving economy, robust in-migration and tight job market. 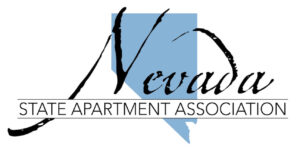 According to the report, local apartment rents were seeing little growth on the eve of the pandemic due to supply-driven pressure, but have now increased 13.3% through the end of the second quarter compared to one year earlier.

The report, issued by the NVSAA based on data provided by CoStar, shows asking rents for apartments in the Reno-Sparks area during the second quarter of 2021 averaged $1,475 per month. That was up from $1,379 per month during the first quarter, and up from $1,302 one year earlier.

Meanwhile, the vacancy rate for apartments in the Reno-Sparks area is as low as it has been in several years, with the average vacancy rate during the second quarter of 2021 at 5.2%. That’s down from 7.2% during the same period in 2020.

“Of course, this growth is being boosted by people moving here from more expensive parts of California, including the Bay Area, Sacramento and Southern California,” she added. “This trend seems likely to continue, at least for the foreseeable future. The multifamily industry was anticipating an oversupply of units this year, but the units have been absorbed primarily by those moving to Northern Nevada.”

Though local apartment construction slowed during 2020, new multifamily communities continued to come online in 2021. The report showed 1,384 apartment units under construction during the second quarter in the Reno-Sparks metro area.