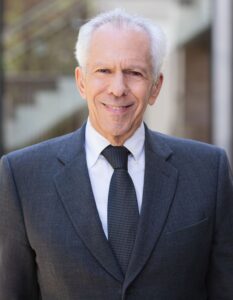 An increasingly familiar dilemma for divorce practitioners occurs when a client comes in with potentially significant evidence, a virtual smoking gun. However, if obtained through telephone interception, spyware, GPS trackers, smartphones, webcams, and unauthorized use of social media accounts, how can counsel handle the inherent legal hurdles?

This panel of experts will analyze the current (and ever-evolving) state of legal affairs when spouses spy on one another in a contentious situation. Some of the key issues to be discussed include:

Henry S. Gornbein is a specialist in all areas of family law. He is a former chair of the Long-Range Planning Committee of the National American Academy of Matrimonial Lawyers.

Sought after as an expert on divorce-related topics by media outlets, Henry is known for being at the forefront of understanding social media and its role in divorces today. He has been featured on webinars discussing the impact of social media on divorce, along with issues including wiretapping, computer hacking, phone tapping, spycams, and others that can arise during divorce and have criminal law violation implications.

In 2019, Henry created the streaming video podcast series Gracefully Greying®. Aimed at the 50+ age demographic who have aging parents, Gracefully Greying® has attracted an international following and the brand has expanded to include a comprehensive website, social media, educational seminars, e-newsletters, and corporate and community involvement. Topics focus on issues such as elder abuse, the grey divorce, sex, marriage, dating, travel, medical, social, economic, psychological and lifestyle.

Founded in 1985, Lipson Neilson PC has grown from three attorneys in a Detroit office to having a national presence with offices in Las Vegas and Reno (NV), Phoenix (AZ), Colorado Springs (CO), and Bloomfield Hills (MI). The firm is widely known for offering invaluable insight and experience to its clients across all industries.