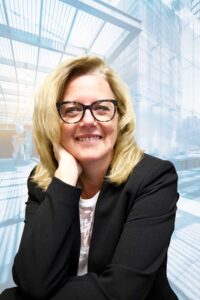 Carol Denham has joined CENTURY 21 Americana as the firm’s new team leader in northern Nevada at the firm’s Elko office at 393 12th Street.

“Carol is a seasoned real estate professional who brings a unique skillset to our Elko office,” said Juan Martinez, president of CENTURY 21 Americana. “Her expertise in the industry has positioned her as an outstanding mentor and source of information for our sales executives in Elko.”

“Returning to CENTURY 21 Americana just felt right,” Denham said. “This is an extraordinary company with high ethical values and one that truly supports the growth and success of its sales agents and staff members.”

Denham’s responsibilities as office team leader extend beyond the typical branch manager duties. As a licensed broker with extensive experience in real estate, sales and customer service, Denham’s role includes mentoring and coaching new and current sales executives, advising agents in industry regulations, supporting agents in a variety of business transactions including negotiation tactics, closings and more, and managing the communication between the Elko office and the CENTURY 21 Americana corporate office.

Denham said CENTURY 21 Americana’s commitment to excellence and success is what originally attracted her to the company. The firm’s values are reflected in its longstanding mantra REACH, which stands for Relentless Growth, Excellence, Accountability, Client Focus and Hard Work.

“I absolutely love that. It’s all about excellence,” Denham said. “I don’t want to be mediocre in my work, I want to be the best I can be. That’s what CENTURY 21 Americana strives to do – to help us all at the firm to be the absolute best we can be for our clients and for the success of our own careers.”

CENTURY 21 Americana has nearly 300 real estate sales executives throughout Nevada and Arizona. The company has an aggressive approach to expanding its operations in Nevada over the course of the next three years and earlier this year opened a new office in Mesquite.