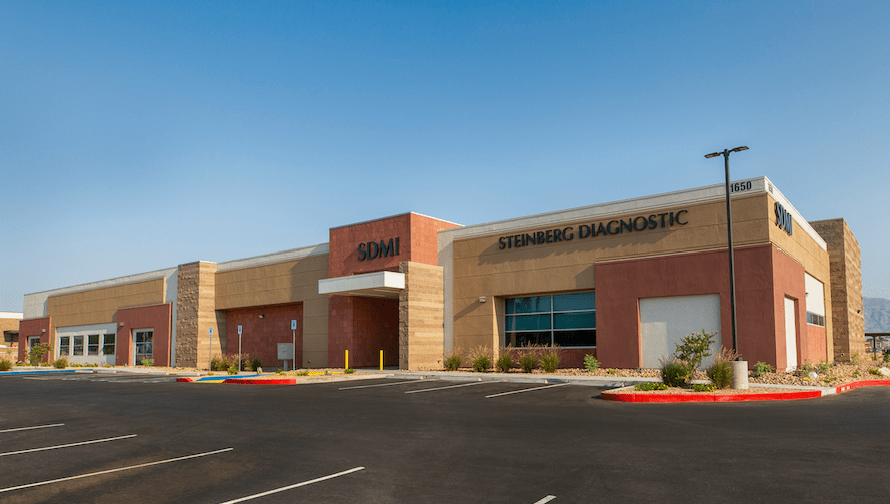 LAS VEGAS – SR Construction (SR) is pleased to announce that it has received national recognition for two design-build projects completed in 2020. The general contractor received an Excellence in Construction® Eagle Award for its exemplary delivery of the Henderson Hospital Observation and Emergency Department expansion and an Excellence in Construction® Pyramid Award for the outstanding work completed on the ninth Steinberg Diagnostic Medical Imaging (SDMI) facility.

“We are honored to receive two national level excellence in construction awards from the Associated Builders and Contractors,” said Bret Loughridge, president at SR Construction. “Both of these projects were completed last year, amid the COVID-19 pandemic; these awards are a true testament to our team’s unwavering commitment to providing top-quality work, no matter the circumstances.”

The Henderson Hospital Observation and Emergency Department (ED) expansion project consisted of the construction of a 25-bed observation nursing unit adjacent to the emergency department and the addition of eight ER rapid medical exam/triage rooms, a second CT scanner, several more surgical suites, and enhancements across the emergency entrance and lobby areas. The project, which was completed in July 2020 and opened to the community shortly after, provided much-needed space for the increasing patient volume.

In 2019, SR Construction was named the design-builder for the ninth Steinberg Diagnostic Medical Imaging facility. The project, which officially opened in August 2020, consisted of the ground-up construction of a 20,000 sq. ft. center, with half of the building allocated to the SDMI facility and half to tenant space for future businesses to create a medical business park for the North Las Vegas community. The new SMDI facility offers diagnostic services to a growing area of southern Nevada, housing state-of-the-art diagnostic equipment including an MRI, CT, 3D mammography, Ultrasound, Dexascan, and X-ray.

“For more than 30 years, ABC has honored award-winning construction projects like the Henderson Hospital ED expansion and the ninth SDMI facility because the work by the team at SR Construction exemplifies excellence in our industry,” said 2021 ABC National Chair of the Board of Directors Steve Klessig, vice president of architecture and engineering, Keller Inc., Kaukauna, Wisconsin. “These world-class construction projects are a vital part of our economic engine, built safely, on time and under budget, and it is an honor to congratulate
SR for their commitment to setting the standard for excellence in construction.”

The Excellence in Construction® award honors all construction team members, including the contractor, owner, architect and engineer. The winning projects, selected from entries across the nation, were judged on complexity, attractiveness, unique challenges overcome, completion time, workmanship, innovation, safety and cost.

PeopleReady Skilled Trades is the presenting sponsor of the Excellence in Construction® Awards.

About SR Construction, Inc.
SR Construction, Inc. (SR) was founded in 1991 as a full-service Design-Build General Contractor with in-house design, preconstruction, and construction services. The company is based in Las Vegas with an office in Reno, Nevada, servicing markets including healthcare, hospitality, commercial, and industrial. SR Construction provides creative and adaptive planning, design, and construction solutions that respond to clients’ company culture, business, and community. The core principles of LEAN construction are incorporated on all projects, the two primary tenants being respect for people, and the elimination of waste. These foundational values create a harmonious and productive atmosphere where safety, productivity, teamwork, and flow are paramount. Notable projects include Northern Nevada Sierra Medical Center, Centennial Hills Hospital New Patient Tower, Henderson Hospital Emergency Department Expansion project, and the Western Region Central Business Office. For more information, visit srbuilt-usa.com.