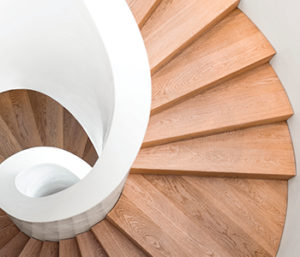 In late 2018, a condo in the Waldorf Astoria Las Vegas sold for a record-setting $1,633 per square foot. Despite this being an impressive luxury home record sale, it could be eclipsed if a home listed at Crystal Pointe, Lake Tahoe, sells – that listing is for $75 million.

Nevada’s luxury home market is growing. New residents flocking to our state bring with them equity from cities with more expensive housing markets and unfriendly tax environments, and find they can buy a whole lot more house for their money. In 2017, 300 homes priced at more than $1 million sold in Southern Nevada. By the end of November 2018, 392 homes had sold. In Tahoe, by the end of October, 193 homes, listed at more than $1 million had sold, a 58.2 percent increase over the same period in 2017.

People are buying luxury homes in Nevada, but what does that mean?

What makes a home luxury? Once upon a time, it was the materials, style and location.

Location still matters, and so does price, but buyers today are also looking for comfort, convenience and technology, which is part and parcel of the other two prerequisites.

“Nationally, the real estate industry tends to arbitrarily say that the upper end of the marketplace is the top 10 percent in prices,” said Alan Scearce, COO of Chase International. “I think that’s a horrible definition because it doesn’t really take into account that it’s in a luxury community but you could have the upper 10 percent of the marketplace and have nothing that’s luxurious.”

In Reno, homes selling for more than $1 million are considered luxury properties. Around Lake Tahoe, that number needs to be at $3 million before a property becomes truly distinctive.

So what must a house be before it costs that much money? “Fantastic,” explained Scearce.

A condo at Lake Tahoe a block from the beach with any view of the lake is wonderful. But a property becomes luxury around $3 million because the market is being driven by location, existing prices and the number of affluent potential buyers.

Price isn’t the only determining factor. A large horse ranch with acreage could be priced at more than a million and still not be luxurious, explained Heidi Kasama of Nevada Realtors. In addition to beautifully designed communities, the finishes and quality of the home, the guarded or gated community, affluent buyers are also looking for a lifestyle: dinner at the country club in the golf course community, tennis or a workout at the fitness center.

They’re also looking for smart homes. “It used to be all sizes, the bigger the better, but now it’s more about the quality of life that property is going to provide for the buyer,” said Kamran Zand, founder and CEO, Luxury Estates International.

Buyers are looking for automation throughout the property, for a program to turn on and off lights on verbal command, for extreme energy efficiency, low utility bills and solar panels. “These are the types of luxuries you’re seeing sophisticated buyers look for, expect and pay top dollar for, so it’s convenience,” said Zand, whose company sold the record-setting Waldorf Astoria condo.

“They’re looking for smart heating and cooling,” said Kasama. While buyers are looking for energy efficiencies, there’s still some resistance in the market to the buyer paying for it.

“They don’t have the newest designs for the right price point, but the buyer is still willing to purchase in the communities they like,” said Kasama. “Then they’ll remodel.”

This may be true, but the challenge in Nevada today is finding contractors to do the work. This is, in part, because they’re tied up with new homes and in part because they’re not there to begin with. Nevada lost many skilled craftsmen during the recession and generations entering the workforce aren’t entering construction.

This is especially true in Lake Tahoe, where Scearce shows homes (along with those in Carson Valley and Reno). He’s watched buyers eyeing homes or property around Tahoe who want specific things. In some cases, by the time they’ve met regulations and requirements with Tahoe Regional Authority, their kids are grown and the activities they’d wanted to engage in at the property are no longer applicable.

That’s one reason it’s important for buyers to work with an experienced realtor who understands individual properties and regulations of the communities where they’re located.

When clients are looking for the perfect luxury community for them, Kasama said she will drive them through upscale communities and encourage them to return on their own, take a walk, have lunch at a local restaurant and talk to people in the community.

“That helps them get a feel for if it’s a place they’d like to live,” said Kasama. “I’ve had people I’ve shown gorgeous homes, they’re tempted to buy and it’s the favorite house they’ve seen but they decide not to because it’s not quite the location they want.”

Another important factor buyers need to understand is, it’s an expensive market, said James Pickett, president, Montreux Homeowners Association. “A lot of people have sticker shock when coming into Reno, Las Vegas, Phoenix or Sacramento. The people who don’t are coming from the Bay Area or Orange County.”

Even if they’re used to high prices, buyers need to be aware that construction costs in Nevada have risen considerably as the cost of materials increase and the construction labor shortage continues.

The Reno luxury home market may see a slight leveling off in 2019. “That’s not a bad thing,” said Pickett. “This past summer it was kind of a frenzy that anything that would come on the market would sell and now subcontractors are calling back saying they’re ready to bid on projects where three months ago they couldn’t even bid they were so busy.”

Pickett expects problems from lack of inventory will continue. “There aren’t that many spec homes being built, all the homes we’re building are attached to somebody’s name with a deposit,” he said. His own project at Montreux, Parc Foret, released eight lots in fall 2018 and five are in escrow. Over the summer when buyers visited, there weren’t even any properties to sell.

In Northern Nevada the luxury home market has seen a very strong year-over-year increase in business from 2018 compared to 2017, explained Scearce. In particular, Tahoe saw an increase of properties over $1 million, up 27 percent in East Shore and up 38 percent in Incline Village.

“That’s the same for every buyer, but when we’re talking about multimillion dollar properties, they’re pulling money out of other assets, so we’re very much driven by that,” Scearce added.

Unlike with the traditional housing market, interest rates tend to have less of an impact on the luxury market, where instead of finding financing, buyers are using profits from personal businesses or investments.

The multi-million dollar luxury home market has always been cash dominant, though some affluent buyers will take out loans to take advantage of tax advantages still available, said Scearce.

“With luxury homes, the higher the price point, the less people are using financing to get into $2 and $3 million and up,” said Kasama. “Many of those homes are purchased with all cash, so [financing] is no longer an issue. But $1 to $2 million, those are getting loans on the properties and lending standards have tightened.” What that means is, even professionals with their own businesses and practices are considered self-employed, and getting a loan could be difficult.

“As the economy improves people are willing to spend more money and we’ve seen a lot of those properties that sat on the market for years starting to sell,” said Bishop. “There’s a lot of people choosing Southern Nevada. If you have a $10 million mansion in Southern California, based on the tax records alone, the initial cost of maintaining a home and the property taxes would be extremely different than coming here to Southern Nevada. Our tax margin is based anywhere from 1 to 2 percent of the price.” In California tax margins are based on a number of conditions including neighborhood.

“The market in the last year had an increase in pricing so Reno prices are up about 12 percent, the entire marketplace, and sales volume itself slightly down, about 10 to 15 percent in sales volume,” said Scearce. “But the actual number of properties sold in the luxury market, homes over a million, have soared. Properties over $1 million are up 58 percent compared to [the] previous year.”

It’s really a different market, according to Scearce, and he believes two things are driving it. The first is the good economy. Economic opportunities mixed with an influx of new residents bringing their equity and buying luxury homes. The second remains the state’s lower housing prices and tax advantages. “That makes it a very attractive place for somebody who has equity in home to come and really elevate their entire lifestyle,” Scearce concluded.

“It wasn’t until the market started picking up that people started building again,” said Kasama. “We have a gap of about five or six years without that much new inventory in the luxury home market.”

That limited the choices for buyers largely to resale. As the market picks up, new communities are being developed

“Right now in the greater Las Vegas market, looking at a million price point and above, we have 462 homes currently available, 61 under contract and 222 have sold in the last 180 days,” said Kasama.

“We’ve about doubled from a few years ago,” Kasama said. “That speaks to the confidence of the consumer and the confidence of our market. Businesses are doing well and when we have that, people are more confident to go out and spend the money.”

The luxury home market correlates to the housing market in general, said Bishop, and both correlate with the job market and growth of the city. With five to eight thousand people a month moving to Southern Nevada, demand is staying strong in the housing market, including the luxury segment.

“The biggest issue we’re having is an affordability problem here in Southern Nevada,” said Bishop. “If demand continues to rise we’ll probably see a little bit of leveling-off of pricing and a little bit of a slow down in the marketplace.”

Pickett claims there’s an economic impact to building luxury homes in Nevada that goes beyond sales percentages. “Those buyers often bring their private businesses and their startups and their ideas and their money to our state.”

“I’m a big believer that home building is usually very good for a community,” said Scearce. “It’s one of the largest drivers of new money coming into a community, takes a lot of jobs that come into it and is a sign there’s disposable income in the community where people are building new houses. Clearly Reno has grown vastly over the past two decades and that’s because of the great employment opportunities here. As the community grows, the segment of luxury is a part of that. The difference is, it’s still part of the building industry but it hires more specialists with greater levels of technology and higher value components to properties but it’s just a representative piece of the overall building industry.”