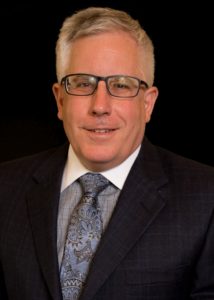 “To be named a ‘Best Law Firm’ by U.S. News for four years in a row is an incredible accomplishment few firms have achieved,” said managing partner Jennifer Braster. “Naylor & Braster was founded in 2014 and has received the Best Law Firms distinction four of the past five years it has been operating. It is an honor to be recognized among the top commercial litigation firms in the country, and a special honor to be recognized by our peers and clients.”

U.S. News’ annual legal designations are some of the most respected in the industry. The organization awards rankings in three tiers, with Naylor and Braster receiving a Metropolitan Tier 1 ranking in the Commercial Litigation category. Based on assessments from participating firms and client votes, the 2019 U.S. News – Best Lawyers “Best Law Firms” evaluations was based on the highest number of participants on record.

Eligibility for the prestigious distinction is granted to firms with a lawyer listed in the annual Best Lawyers in America list. Recognized among the top five percent of practicing attorneys in the U.S., Naylor & Braster managing partner John Naylor has been recognized as a Best Lawyer since 2015. He has also longtime held a 10.0 rating from Avvo, and has received four consecutive selections to the nationally-recognized Super Lawyers list.

Equally sharing in the firm’s expansive list of accolades, Braster also holds a 10.0 rating from Avvo, has been named a Super Lawyer since 2010 and has received multiple Legal Elite rankings from Nevada Business Magazine and other news and industry publications.