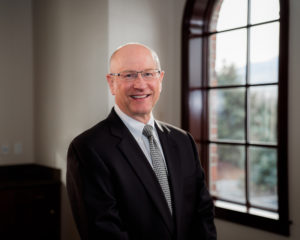 In his new position, DeVolld will be responsible for oversight of all operations at First Independent Bank and work alongside the existing team to expand current and new client relationships. DeVolld will report directly to John Guedry, CEO of the Nevada divisions of Western Alliance Bank.

“I am pleased to announce that Jim is coming back to First Independent Bank,” said John Guedry, CEO, Bank of Nevada. “He brings an incredible amount of experience and a significant amount of relationships to First Independent Bank. The breadth of his experience, combined with his knowledge of Northern Nevada communities and their needs, is a true asset for our current and future clients,” he said.

DeVolld is a graduate of the Pacific Coast Banking School and the National School of Real Estate Finance. He will be the chairman of Renown Health Systems starting in January 2019 and currently serves as the chairman of the Nevada Tax Commission. He is also a board member for the Boys & Girls Club of Truckee Meadows.