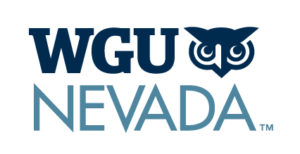 Nonprofit, online university to award up to 25 scholarships for Nevada veterans, military service members, and their families

RENO — To honor all those who have served our country, nonprofit, online Western Governors University (WGU) is offering $750,000 in scholarships for veterans, active-duty military, reservists, and military family members who want to earn a bachelor’s or master’s degree in high-demand fields including IT, business, K-12 education, and health professions, including nursing. Applications are now being accepted through December 31, 2018, for the WGU Salute to Veterans Scholarship.

“I was pleased to find that the curriculum I was engaged in at WGU was directly relevant to my profession,” said active duty military serviceman Dion Brown, who is now on his second degree with WGU. “As I advanced in rank and my professional military education, the management techniques and theories I was studying at WGU helped me immensely.”

WGU has been recognized for 11 consecutive years by Military Advanced Education & Transition as a “Top School” and for seven consecutive years as a Military Friendly® School. WGU Nevada currently serves more than 300 students who are active-duty military personnel, veterans, or dependent family members of military personnel, who account for roughly 12% of WGU Nevada’s student body.

All WGU Nevada programs are competency-based, providing the flexibility veterans and their families need. Designed to meet the needs of adult learners, competency-based education allows students to take advantage of their knowledge and real-world experience to move quickly through material they already know so they can focus on what they still need to learn. WGU Nevada faculty members work one-on-one with students as mentors, offering guidance, support, and individualized instruction. While the university’s degree programs are rigorous and challenging, competency-based learning makes it possible for students to accelerate their programs, saving both time and money.

The WGU Salute to Veterans Scholarship is open to new students who have been officially admitted to WGU and are a U.S. military veteran, active-duty or retired military, reservist, military spouse or child. While multiple scholarships will be awarded, this is a competitive program, and scholarships will be awarded based on a candidate’s academic record, readiness for online study, and current competency, as well as other considerations. Learn more at www.wgu.edu/veterans.

WGU Nevada is an online, nonprofit, competency-based university established to expand Nevadans’ access to higher education throughout the state. Formed through a partnership between the state of Nevada and nationally recognized Western Governors University, WGU Nevada is open to all qualified Nevada residents. The university offers more than 50 undergraduate and graduate degree programs in the high-demand career fields of business, K–12 teacher education, information technology, and health professions, including nursing. Degrees are granted under the accreditation of Western Governors University, which is accredited through the Northwest Commission on Colleges and Universities (NWCCU). WGU’s Teachers College programs are accredited by the National Council for Accreditation of Teacher Education (NCATE), and its nursing programs are accredited by the Commission on Collegiate Nursing Education (CCNE)*.