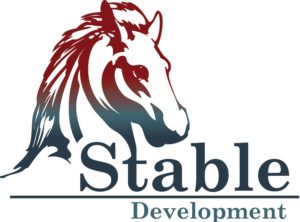 HENDERSON – Stable Development, a Las Vegas-based commercial real estate developer, announced the acquisition of a mixed-use planned development from the City of Henderson at the cross streets of St. Rose Parkway and Cactus Ave. on St. Rose Parkway in Henderson, Nevada. Pre-leasing for the development has commenced and it will house a mix of retail, office and medical space with approximately 300,000 square feet available for lease.

“Location is a top priority when we set out on a new development, especially for this one in particular which is nestled in an attractive area,” said Lance Bradford, chief executive officer of Stable Development. “Economically, this was a sound choice in the growing and robust area of Henderson West and within close vicinity to the anticipated Raiders practice facility. This is a special property for us as we want to bring upscale dining and retail options to Henderson residents where there is high demand for these services.”

Barbra Coffee, director of economic development and tourism for the City of Henderson, added, “We are excited to see Stable Development take on this project on what we know is the most vibrant corridor in Henderson right now. This mixed-use development will bring us a new level of quality and density to this corner that will result in a livable, walkable environment for the West Henderson community.”

Stable Development has experienced substantial growth over the last eight years even though the Las Vegas real estate market was enduring one of the worst economic downturns in its history. Other developments in Southern Nevada include: The Parkway in Summerlin, Corporate Center in the southwest region across from IKEA, Seven Hills Business Plaza and Coronado Medical and Surgery Center.

Stable Development is a local developer with the vision to enable medical and professional business owners the opportunity of building ownership with minimal cash outlay. With the revolutionary Shared Equity™ Ownership Model, Stable Development empowers tenants to literally take ownership of their office space. Over the past eight years, the commercial real estate developer has experienced substantial growth and now has seven developments across Southern Nevada with over 550,000 square feet of medical and professional office space. For more information, visit stabledevelopment.com.