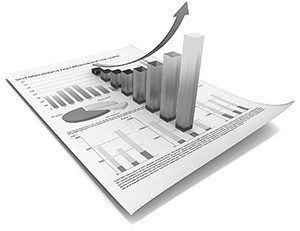 The “third” estimate of U.S. real gross domestic product (GDP) for the second quarter of 2018 increased at an annual rate of 4.2 percent, which remained unchanged from the “second” estimate. The overall picture of GDP growth did not change based on more complete data except that lower-than-expected private inventory investment was offset by small upward movements from most other GDP components. Overall, real GDP growth for the second quarter largely benefited from strong gains in consumer spending and net exports. The unemployment rate dropped to 3.7 percent, the lowest level since 1969. The recent strong performance of various economic indicators will cause the Federal Reserve to raise the interest rate in December to prevent overheating of the economy. The uncertainty about a potential tariff war despite the recent NAFTA agreement, however, may provide a significant headwind.

The Nevada economy showed positive economic activity based on the most recent data. Seasonally adjusted statewide employment gained 1,200 jobs in August. The unemployment rate ticked down to 4.5 percent, the lowest level since the Great Recession. August gaming revenue declined by 7.7 percent year-over-year, due to a significant loss from the Las Vegas Strip. July taxable sales, however, increased strongly by 7.5 percent from a year ago, while gasoline sales (in gallon) climbed slightly by 0.5 percent over the same period. Finally, total air passengers experienced a year-over-year gain of 1.4 percent.

Clark County exhibited mixed signals in its economic activity. Seasonally adjusted employment lost 500 jobs from July to August after a large gain in the prior month. Total McCarran Airport passengers rose by 1.4 percent year-over-year. July taxable sales posted a strong year-over-year growth of 8.8 percent, but gasoline sales fell by 0.3 percent from last year. Residential housing permits/units in August continued yearly losses for the third consecutive month, down by 33.4 percent compared to a year ago.