You are here: Home / Departments / Legal Opinions / The Opportunity Zone Program a Boon to Economic Development and Private Investment 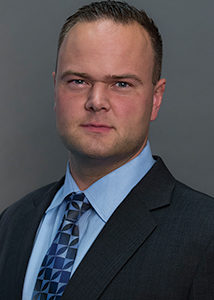 The passage of the Tax Cuts and Jobs Act resulted in the creation of a powerful tax incentive program that is generating considerable interest and activity in the economic development and investment communities. Known as the Opportunity Zone Program (OZ Program), this tax incentive regime is designed to stimulate economic development by incentivizing taxpayers to reinvest capital gains in newly formed investment vehicles called Qualified Opportunity Funds (QOF), which deploy capital into projects or operating businesses located within one or more of approximately 8,700 Qualified Opportunity Zones (QOZs). In return, investors receive significant tax savings through the deferral, partial reduction, and elimination of certain taxable gains.

In order to participate in the OZ Program, taxpayers recognizing a capital gain from the sale or exchange of any property to an unrelated person are required to invest all or a portion of such gain in a QOF, which serves as an intermediary investment vehicle. The intermediary fund structure is intended to facilitate the pooling of capital from a broad range of investors, some of whom may otherwise lack the wherewithal to organize and manage their own QOF. Moreover, because no prior approval by the IRS is required to organize a QOF, qualifying gains can be derived from the disposition of any asset class and there is no cap on the amount of capital that can be invested through QOFs, the qualifying capital and investor base for the OZ Program is extremely broad.

A QOF is required to invest its capital, directly or indirectly, in real estate or businesses located within one or more QOZs, which are census tracts that have a poverty rate of at least 20 percent or a median family income that does not exceed 80 percent of statewide average or metropolitan area average, as applicable. In addition the census tract should have been nominated by the respective chief executive of each U.S. state and possession. By way of example, Nevada’s 61 QOZs encompass Downtown Henderson, Fremont Street and Symphony Park, as well as the areas in and around McCarran International Airport, the Raiders’ Las Vegas stadium and the Tahoe Reno Industrial Center. All QOZs have been formally designated and will remain in effect through 2028.

The OZ Program provides three tax incentives for the reinvestment of gains in a QOF.

Another unique attribute of the OZ Program is its downside risk protection. Specifically, if the fair market value of an investor’s interest in a QOF has decreased on the gain recognition date of December 31, 2026, the investor is only subject to tax on the decreased value of its interest (less the investor’s basis). Alternatively, upon expiration of the ten year holding period, the investor is permitted to recognize the loss.

The OZ Program has a number of potential applications, including:

In addition, the OZ Program can serve as a mechanism to exit the so-called “1031 Exchange Treadmill,” thereby allowing investors to access other types of investments that aren’t limited to like-kind property.

The nascent industry surrounding the OZ Program continues to grow and additional guidance from the Department of the Treasury is imminent and necessary. For taxpayers, the OZ Program provides a unique opportunity to capitalize on tax incentives while stimulating economic activity in geographic areas that need it most.