You are here: Home / Departments / Inside Politics / Election Season Is Upon Us 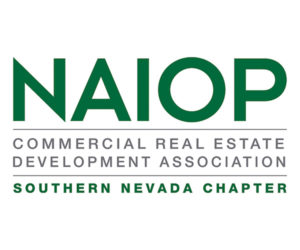 “The best argument against democracy is a five-minute conversation with the average voter.” –Winston Churchill

Election season is upon us, with only 19 days until early voting begins, 36 days until the general election and 126 until the first day of the 2019 Legislative Session. 528 BDRs are already submitted, and things are moving fast. As is customary in any election these days, there are a never-ending supply of commercials about the ballot questions, demanding that you vote yes on this, and no on that. We’ve all heard them thousands of times, this cycle alone. However, when it comes to ballot questions, there is typically one thing you never hear in any of the commercials: 4 of the 6 questions on November’s ballot amend the Nevada Constitution, the remaining 2 amend or enact statute. While this might not seem like a big deal, voters must be very analytical, educated, diligent, and levelheaded about ballot questions. Does it make sense to amend our Constitution or our statutes in this way, rather than leave it to the individuals we have voted into office, to vet and pass them during a legislative session? Understanding the process to bring an initiative or resolution forward and the effect the ballot question will have on Nevadans once it becomes law, is a critical component before casting your vote.

Nevada offers a couple different ways to enact or amend a statute. Traditionally, the 63 members of both houses of the Nevada Legislature, elected by the voters of Nevada, bring forth a bill, vet it through committee hearings in both houses, and vote on its approval or disapproval. Upon bicameral passage, a bill will go to the Governor and is generally signed into law. This is called “representative democracy.” Growing in popularity in Nevada is “direct democracy,” where a vote of the people enacts or amends statute. As opposed to legislative action, direct democracy in Nevada begins with a petition describing the amendment or proposed law, which is circulated for signatures among voters statewide. Once 10 percent or greater qualifying signatures from 75 percent of the counties in the state are gathered, the petition is filed with the Secretary of State. It then goes to the next regular legislative session, where it has 40 days to be acted upon. If the Legislature approves the initiative, it will go to the Governor for approval and will become law subject to a referendum petition. Should the Legislature not take any action in 40 days, the Secretary of State shall put the initiative to a vote of the people in the next general election. If approved by the voters, it will become law after a canvass of votes by the Supreme Court, and may not be amended, repealed, or otherwise touched for 3 years.

Similarly, there are a couple of ways to amend the Nevada Constitution, all of which require a vote of the people. Just like a petition may be circulated to amend or enact statute, the same may be done for a constitutional amendment. The process differs somewhat, as the petition does not go to the legislature, but is published by the Secretary of State 3 times in newspapers in every county in the state, with the full text and explanatory matter. It then goes on the ballot at the succeeding general election, where it will be voted on. Should the measure pass, the Secretary of State publishes and resubmits the measure to be voted on again at the next general election. Once the matter passes two general elections, it becomes part of the Constitution upon a canvass vote of the Supreme Court.

Even more troubling perhaps than the extended timeline for change, when it comes to constitutional amendments, is that most voters only know of the issues what they’re told in ad campaigns, what they were told when they signed the petition, or what they read in their ballots right before going to vote. There is no public debate in direct democracy, and most voters do not realize the issue before them has not been vetted by their elected representatives. Most voters have no idea what the timeframe for amendment or repeal is, should there be problem with the measure; but more importantly, the average voter does not ask themselves if this is something that belongs in the Nevada Constitution, as opposed to its statutes. There is little recognition of the difference between those two things. A Constitution, whether state or federal, should provide the skeleton and backbone of our statutes, it should not be treated like and amended as they are, such that every little thing ends up being amended into the constitution. Lawmakers and constituents alike should have the flexibility to change laws that are outdated, not working, need clarification, or otherwise need to be amended. That process is provided for every two years, for 120 days, during the regular meetings of the Nevada State Legislature, who are elected for precisely this purpose – voting on laws – by the people of the State of Nevada.

Click here for information on all ballot questions you’ll see on the November ballot.