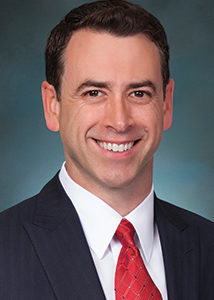 A current trend in the federal and Nevada appellate courts brings to mind the 1988 fight between Michael Spinks and the reigning heavyweight champion, Mike Tyson. Both were undefeated. It was then the richest fight in history, grossing $70 million, funded largely by pay-per-view fees from over 600,000 households. But the spectacle ended quickly. Tyson knocked out Spinks halfway into the first round, in just 91 seconds. (A fight that “goes the distance” to a decision lasts 36 minutes over 12 rounds.) During his career, Tyson won eight fights in less than a minute.

In litigation, cases are dispatched with analogous speed when the trial judge grants a defendant’s motion to dismiss the complaint, ending the case in a couple months, rather than several years. Dismissal orders (like first-round knockouts) happen rarely, however. And even when trial judges grant dismissal, appellate courts frequently reverse and remand the cases back to the trial court for further litigation.

The pendulum may be swinging back toward greater acceptance of early dismissal. In recent years, there has been a 25 percent increase in the rate of orders affirming dismissal (according to a Westlaw survey of opinions and orders of the Nevada appellate courts between 2013 to 2017, compared to between 2003 to 2007). And dismissal has become even more common in federal court since 2007, when the U.S. Supreme Court held that claims in a complaint must be “plausible” to survive a motion to dismiss, as opposed to merely possible (Bell Atl. Corp. v. Twombly, 550 U.S. 544, 570 – 2007)

Going for the Early Knockout

Defendants should consider the potential of dismissal with renewed optimism. Certainly, early dismissal still is rare and probably futile in many cases, especially in Nevada state courts where plaintiff’s complaint is given the benefit of every inference and doubt. In some kinds of cases, early dismissal almost always is unavailable—for instance, in antitrust cases where motive and intent usually are at issue.

They may be most useful in breach-of-contract cases, if the complaint contains the universe of information necessary to resolve the dispute. They also may be successful where, for example, the court lacks authority over the defendant or subject of the lawsuit, a statute of limitations precludes recovery, a statute or doctrine grants immunity, or the complaint raises an issue that was or even could have been decided in a prior case.

Even when a complete motion to dismiss cannot resolve the case, one may be helpful to knock out particular claims or issues. Narrowing the scope of the case can save significant time and cost.

Plaintiffs Must Keep Up Their Guard

To avoid going down like Spinks, plaintiffs must take motions to dismiss seriously. Plaintiffs should be particularly thorough and even scholarly when opposing a motion that rests on a legal question (as opposed to factual disputes) like the examples above. The trial court will have fewer reservations about granting a motion to dismiss on purely legal grounds. Halfhearted opposition not only invites quick defeat in the trial court, it risks waiving arguments that could be useful on appeal if the motion is granted.

Weigh the Risk of Counterpunches

Tyson was breakable. In 1990, he lost the title to Buster Douglas. Having studied Tyson’s style, Douglas used swift and precise jabs to keep Tyson from getting too close; Tyson was strongest inside. This enabled Douglas to exploit moments when Tyson let his guard down.

In addition to wasting time and money, weak motions to dismiss can invite harm. They present plaintiffs an opportunity to show strength in a favorable procedural context, which may condition the judge from the outset to regard the case as meritorious. In denying a motion to dismiss, the judge might also make factual findings that haunt the defendant throughout the case. So, defendants and their attorneys must weigh benefits and risks strategically.

Nevertheless, now as much as ever, motions to dismiss can be a lethal tool to resolve otherwise costly, long, and exhausting, litigation years before a case reaches trial.