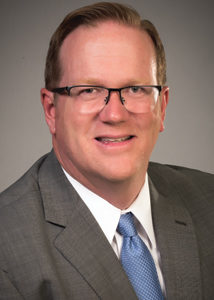 The Chinese say, “horse, horse, tiger, tiger.” Neither one nor the other. Mediocre. An understanding of pertinent issues helps U.S. businesses avoid mediocrity in the important Chinese market. Between 2000 and 2015, Nevada’s Asian population doubled.2 In the U.S. as a whole, from 2007-2015, the number of employees at Chinese-owned businesses increased 30 fold.3 From April 2017 to March 2018, Chinese nationals purchased $30.4 billion in residential property, the most of any nationality.4

Many know that, in China, the number 8 is good (prosperity), and the number 4 is bad (death). But business people need to know more than that. It would be an oversimplification to say that all Chinese have the same level of U.S. business acumen; however, I have observed certain trends, especially for those from the People’s Republic of China (PRC).

Deal Closing: One issue is getting the deal “inked.” Given their country’s non-independent, nascent legal system, PRC nationals often view professionals, such as attorneys, accountants and real estate agents, as unnecessary. Instead, they tend to rely on their relationships (關係). With this focus, they may disregard legal formalities or opt for simple write-ups of general terms. Businesses have been sold with nothing more than scribbled terms on the back of scratch paper. Misunderstanding the importance of U.S. contract clauses, Chinese manufacturers have fallen prey to unfavorable terms in multi-million dollar deals.

Another issue is getting the cash—Chinese nationals’ preferred method of payment. Limitations are imposed as part of the PRC’s “Anti-Corruption Campaign” (反腐运动), which some say targets those disfavored by the regime.5 This campaign frightens off Chinese investors who do not want to run against the political winds or get branded as “corrupt” for simply investing in the U.S. The campaign also limits capital flow. Chinese nationals may only transfer a total of $50,000 out of China per year and may only withdraw $15,000 from Chinese banks when they are overseas.6 Getting money out of China can be extremely complex, especially if the amounts exceed general limits.

Business Formation: PRC nationals often prefer corporations because of their lack of familiarity with LLCs and other business entities. They may hear of the favorable tax treatment of S-Corporations, but non-resident aliens may not be S-Corp. shareholders.7 For Nevada state business licenses, the annual fee for a corporation is $500; the fee for other business types is only $200.8

Real Estate: Under the Foreign Investment in Real Property Tax Act (“FIRPTA”), a buyer of real estate may be liable for taxes realized by the seller, if the seller is a non-resident foreign national and if 15 percent of the sales price is not withheld.9 The foreign seller also faces difficulties in getting the withholding reduced or refunded. FIRPTA problems are legion when sales are closed informally, without escrow. Even closing through an escrow company does not guarantee FIRPTA compliance. Many U.S. real estate professionals do not fully comprehend FIRPTA’s landmines.

Immigration: Many Chinese nationals hope to get a green card by investing money in the U.S. through the EB-5 visa program. However, EB-5 requirements are rigid, including a minimum investment of $1 million ($500,000 if in a targeted employment area), and the investment must create at least 10 full-time positions for qualifying employees.10 Chinese investors need to plan ahead before sinking their money into any business venture.

Understanding issues like these helps companies provide services that are customized to Chinese business (and legal) needs.