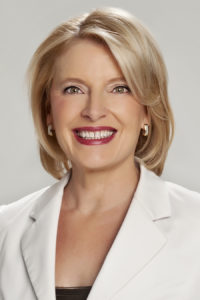 The Nevada REALTORS® named Heidi Kasama as its REALTOR® of the Year and announced its newly elected officers for 2019, led by incoming President Keith Lynam and President-elect Chris Bishop.

Nevada REALTORS® officers were announced this week during the statewide association’s board meeting in Reno. In addition to Lynam, a longtime Las Vegas REALTOR®, officers for 2019 include:

Board members and officers for 2019 will be installed in December at the association’s annual meeting in Las Vegas. Joining those officers and directors being installed at that event will be Reno REALTOR® Helen Graham, who will serve in a new position of state elected director.

Kasama was named Nevada REALTOR® of the Year after leading the statewide association as its president in 2018.

About Nevada REALTORS®
Nevada REALTORS®, formerly known as the Nevada Association of REALTORS® (NVAR), is a professional trade association with more than 17,000 members committed to protecting, promoting and preserving our communities. Visitwww.NVAR.org.