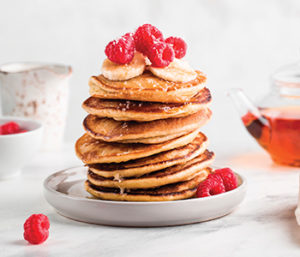 Each year, Nevada Business Magazine collects data comparing Nevada to other states and to past years, tracking economic cycles and delivering a snapshot of what it’s like to live in the Silver State. In the first edition 12 years ago, Nevada was riding high economically, with 4 percent unemployment and the challenge of finding enough workers to fill available positions. Then came the housing crash and the recession. In 2011, Nevada led the nation in foreclosures, bankruptcies and unemployment, and it had lost 175,000 jobs.

In 2018, it’s safe to say that Nevada has fully recovered from the recession. Housing prices and home equity are up, and unemployment is down. New residents and new businesses are streaming in. Nevada leads the nation in private-sector job growth and once again faces the challenge of finding qualified workers. In 2006, Nevada education lagged far behind other states, the crime rate was dangerously high, and the state faced shortages of healthcare professionals. Although the economy has rebounded and now compares favorably to other states, these troubling issues have remained relatively unchanged.

Travel, tourism, conventions and gaming are the lifeblood of the Nevada economy, directly responsible for more than 25 percent of all jobs in the state. Gaming revenue in Q2 2018 increased 3.2 percent year-over-year, the best quarter since 2008. That’s good news for state and local governments that depend heavily on gaming tax revenues. Nevada still leads the nation in casino revenue by a wide margin, although casino resorts in the state have diversified into non-gaming offerings such as gourmet restaurants and upscale shopping in response to gaming competition from other states.

In many ways, people who live in Nevada’s cities are similar to residents of other states, although they do experience a unique 24-hour lifestyle and many more entertainment options. Rural residents enjoy more open spaces than the national average, with only 24.6 people per square mile compared to the U.S. median of 87.4. However, parks, museums, arts and entertainment are all available throughout the Silver State, and Nevada recently added professional hockey with the Vegas Golden Knights to its list of sports options.

Healthcare rankings in Nevada continue to be a concern, especially in a state with the second-highest rate of population growth. This year’s numbers echo last year’s, and Nevada still ranks 47th in physicians per 100,000 people, although that number inched up from 197 to 200. Establishing new medical schools, such as at the University of Nevada, Las Vegas, who just graduated their first class, and at Roseman University, should help ease the shortage of healthcare workers, especially physicians.. Critical for keeping those burgeoning doctors in-state are new residency programs that the schools are working on establishing with local hospitals. Government leaders, medical schools and Nevada’s health system are all working on solutions to this ongoing challenge.

Although Nevada still ranks in the top five states in the nation for violent crimes, it did drop from third to fourth this year. For property crimes, Nevada hit the middle of the list at number 25. With over 56 million tourists visiting Nevada each year, the “per 100,000 residents” figures may not reflect the number of people actually in Nevada at any given time. However, underlying issues such as poverty, drug abuse and a transient population certainly factor in to Nevada’s crime rate.

Home prices are up dramatically in all areas of the Silver State. This sellers’ market is good news for owners of existing homes, and the better news is that mortgaged homes have seen a dramatic increase in equity since Nevada led the nation in foreclosures. While Nevada still ranks seventh in foreclosures, the number of homes considered “seriously underwater” has declined from 18.9 percent in Q1 2017 (when Nevada was first in the U.S.) to 10 percent in Q1 2018, ranking it 25th.

Many businesses and individuals choose to relocate to Nevada because of its tax climate. The state’s unique system doesn’t tax individual income. Instead, Nevada’s general fund depends on sales taxes (29 percent) and taxes on gaming (18 percent) for nearly half of its income. Nevada, with the sixth-lowest tax burden in the U.S., is especially attractive to Californians living in a state ranked 36th. Businesses in high-tax areas find Nevada appealing because it has no corporate income tax, no inventory tax, no franchise tax and no unitary tax.

Rising housing costs in Nevada’s two large metro areas have pushed their cost of living up slightly from last year, when costs were 100.4 percent of the U.S. average in Southern Nevada and 102.8 percent in Reno. However, a dollar still goes further in Nevada than it does in the average state, according to federal statistics. This could be due to the Silver State’s relatively low tax burden, but it could also take into account the lower cost of living in Nevada’s rural areas.

It costs less to operate a business in Nevada than in many competing markets, according to The Boyd Company, which compares payroll costs, lease rates, business taxes and workers compensation costs. A new chart this year compares costs for a global financial technology office in Las Vegas to cities in the U.S. and around the globe. Lease rates for commercial real estate in Las Vegas and Reno compare favorably to nearby locations, and Reno is especially well positioned to compete with cities in high-tax California.

Nevada maintained its ranking of first in the Small Business Policy Index this year, which takes into account business taxes and regulatory costs, among other factors. CEOs ranked Nevada 12th for doing business, dropping from its number six position last year. However, CNBC rates Nevada considerably lower because it measures, not only factors that affect a company’s bottom line, but also numbers that impact the lives of its employees – measurements such as the crime rate, the quality of education and the availability of healthcare.

When all is said and done, the choice to move a company to Nevada is made by people with families to consider, and those decision makers take a hard look at some of the challenges reflected in the accompanying charts. Although Nevada is making great strides in areas such as employment and economic growth, it must find solutions to some of these longstanding problems if it is to enjoy a successful future.

Note: To see the corresponding data, view the issue in the mobile app or the PDF version.