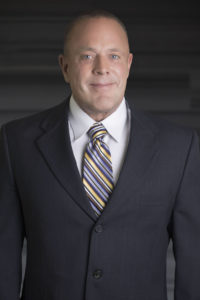 Berkshire Hathaway HomeServices Nevada Properties has been recognized in the Inc. 5000 Hall of Fame for being recognized as one of America’s fastest growing companies for the 5th time this year. The firm, which has been operating since 1979, received the honor in the 37th Annual Inc. 5000, an exclusive ranking of the nation’s fastest-growing private companies, announced this week.

“Our firm is one of the oldest and most respected real estate firms in Nevada,” said Mark Stark, CEO. “It is especially remarkable for a firm with such deep roots to be recognized five times as one of America’s fastest growing companies. It demonstrates our true passion for our work and dedication to helping our nearly 3,000 real estate sales executives build profitable and sustainable businesses.”

Berkshire Hathaway HomeServices Nevada Properties is one of 39 Nevada based companies on the list, with a 61 percent growth during the three-year reporting period. It is one of only two Nevada companies to be listed 5 times or more and had the third highest revenues of Nevada honorees.

“As the only Nevada real estate firm to be recognized in the Inc 5000 Hall of Fame, we look forward to continued growth and development in the future,” said Gordon Miles, president and COO. “We attribute a great amount of our success to our leadership and coaching as well as encouraging our real estate sales executives to engage with new technology, advanced marketing platforms online tools that are exclusive to our firm.”

The 2018 Inc. 5000 is ranked according to percentage revenue growth when comparing 2014 and 2018. To qualify, companies must have been founded and generating revenue by March 31, 2014. They had to be U.S.-based, privately held, for profit, and independent—not subsidiaries or divisions of other companies—as of December 31, 2017. Companies on the Inc. 500 are featured in Inc.’s September issue. They represent the top tier of the Inc. 5000, which can be found at http://www.inc.com/inc5000.