You are here: Home / Departments / Commentary / What Does PERS Have to Hide? Over $1.8 Billion of Public Money Each Year 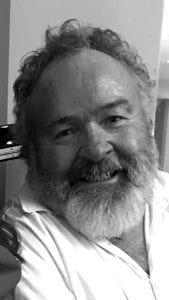 has a history of protecting their data and blocking the public’s access to information, even though the public (you and I) are footing the hefty bill of almost $2 billion a year. That’s more than 10 percent of state and local government’s combined own-source revenue, and the second highest percentage in the nation.

It’s bad enough that they don’t want us to have the information, but we’re also paying for their lawsuits to keep the information protected from us, to the tune of hundreds of thousands of dollars.

In 2011, the Reno Gazette-Journal filed a suit to obtain the names and benefit amounts of public pension recipients. Carson City District Court Judge James Russell ruled in favor of the newspaper, which, of course resulted in a lengthy appeal. The state Supreme Court agreed with Judge Russell, however the ruling stated PERS had no obligation to extract the information from their database, but only had to provide existing reports.

The case was remanded back to Judge Russell, and PERS finally provided data for 2013. This marked the one and only time the organization provided such information.

NPRI (Nevada Policy Research Institute), was denied the data for 2014, subsequently launching a lawsuit to obtain the same information PERS was forced to provide for 2013. The case was heard on March 7 of this year by the Nevada Supreme Court with a ruling expected at any time.

In addition to their reluctance to release what is clearly public information, PERS officials presented false testimony, and were reportedly chastised by Judge Russell. Later, in an evidentiary hearing before Judge James Wilson, Chief Operations Officer Cheryl Price stated that PERS possessed no records that included benefit recipients names along with social security number, apart from the confidential individual members’ files. This potentially perjurious statement was immediately revealed to be false when Price admitted that PERS does create a separate public record containing Social Security numbers and full names of all pension recipients.

So, why is PERS so adamant about us not knowing where our money is going? I encourage you to check out TransparentNevada.com, a site created and maintained by NPRI that provides information on the 60,000 monthly checks distributed by PERS. There you’ll see a few recipients getting over $250,000 a year in benefits. The average annual benefits paid after 30 years of public service is almost $70,000.

PERS was created by NRS 286.015 to provide a reasonable base income to qualified public employees “who’s earning capacity has been removed, or has been substantially reduced by age or disability.” Well, that’s clearly not being enforced!

Here’s an example for you. A metro officer retires in 2013, at the age of 37 years and 11 months. His retirement is $110,802 a year, making his lifetime retirement benefits about $13.2 million. Meanwhile, he still has a lot of years to work and does so for the federal government. How’s that for milking the system? Do we blame him, or do we blame the system?

Call to Action: When our legislature convenes in the coming year, PERS reform and transparency needs to be at the top of their list. We have the right to know where our money is distributed and how. Our government works for us, not the other way around. It’s time we insist they take steps to close the loopholes in the system and stop this nonsense of hiding information from us, while spending our money to keep information from us.

By Whose Authority?
For more information on my Commentary and to see some of my backup research, or if you wonder why I take the position I take, go to www.LyleBrennan.com.