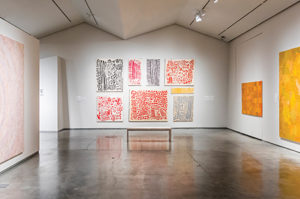 Twenty years ago, Nevada’s arts and culture sector was not a huge economic driver. Organizations were forming. Audiences were being sought.

“There’s a group of us in this community, and in Reno, too, who all started out on the ground level, and there’s been this evolution of arts and culture [in the state],” explained Jeri Crawford, president and CEO of the Las Vegas Philharmonic. “When this orchestra started 20 years ago, people said it was a huge risk supporting the cause, success was thought to be that questionable. But there’s a group of people who are still supporting the arts and the orchestra continues with support and audiences have proven the naysayers wrong. Today, credit goes to those who, throughout 20 years, have guided the orchestra and played for and financially supported and invested time, resources and energy into it.”

The change is less a shift in Nevada’s arts and culture economic sector than a shift in the understanding and perception of the arts.

“Particularly in the schools, [the arts are] a critical component of the twenty-first century educational system,” said Tony Manfredi, executive director, Nevada Arts Council (NAC) “The state recently adopted more fine arts standards for schools, which is great, because for a while there weren’t any.”

“Children who receive arts education or are exposed to the arts perform better in school, they’re disciplined, critical thinkers, learn creativity, tolerance, respect and acceptance of others. The arts are necessary,” said Beth Barbre, executive director and CEO of the Nevada Ballet Theatre.

In addition to education, the arts are influencing economic development, tourism and public policy.

“There’s a deeper understanding of the value of the arts,” said Manfredi. “Oftentimes you think it would be nice to have, but what I’m seeing is all practices. It’s becoming critical, essential to our quality of life and the economic development opportunities available in our state. It’s important we seize that momentum.”

There’s been a shift in the perception of creativity. Businesses are starting to look for people who utilize creativity in their work. “Maybe there’s value in the arts outside what people think of the arts in the traditional sense,” said Manfredi. “This idea is of creativity in everything we do, whether it’s building communities, creativity in architecture.” Creativity has always been a component of municipal growth and design; the difference is today it’s being sought out.

Laura Jackson, music director for the Reno Philharmonic, begins her tenth year with the organization next season. When she originally accepted the position, she was amazed at the amount of arts already in Nevada. What she’s seen since is a tremendous growth in collaborations between arts institutions. “What I love about Reno is there is a conversation between these entities, and rather than competing and creating the same wheel in different corners of the community, there’s a wonderful kind of collaborative conversation that happens,” she said.

Popular culture also drives interest in the arts. The explosion of interest in dance, with television shows like Dancing with the Stars, has translated to dance competitions and conventions held in Las Vegas, and more interest in dance organizations. Nevada Ballet Theatre, one of two resident companies at The Smith Center, recently added a performance to their production of Beauty and the Beast and ticket sales exceeded the budgeted goal by almost $50,000. Nevada’s arts audiences have been found.

Arts and the Economy

“One of the biggest things happening is the many businesses and families looking to move here,” said Crawford. “There’s a series of questions people who are going to move here have, including questions on medical and educational topics, and they really want to know about arts and culture. I think we’re all turning a big corner and it’s important in the development and growth of our state.”

“We’ve had a surge in economic development throughout the state over the past five or six years,” said David Walker, executive director, CEO, Nevada Museum of Art (NMA). “The arts and culture play a big role in attracting companies and employees and their families, and the Development Authority of Western Nevada regularly brings prospective executives and their families to our museum.”

Prospective residents coming from larger metro areas want to know there are cultural amenities in the cities they’re moving to. Once settled, they want to be involved; NMA has seen an increase in corporate contributions as companies recognize that, in order to carry out their long-term plans for growing their business in Nevada, they need to work with arts organizations.

The NAC is the agency that funds these events and organizations. Its mission is to expand access to and participation in the arts, and to support funding and presentation of visual arts exhibitions, orchestral theater productions, concerts, film festivals and community celebrations. NAC gives out approximately $1 million in grant funding annually, and delivers artists services such as professional development, technical assistance and the Nevada Touring Initiative, which delivers high quality, professionally curated art exhibits in communities throughout the state.

NAC community development programs reach communities statewide to provide networking and training, access to funding and assistance to towns as they strategize ways to increase creativity in management and design of public spaces utilizing community assets.

There are programs in place to assist Nevada artists in learning to treat their art as a business, to get paid and pay bills and create sustainable careers. NAC is creating entrepreneurship classes for artists, because artists both affect and are affected by Nevada’s economy.

“There’s no question it strengthens the community when you have a vibrant arts and culture scene. It attracts visitors and people who move here when you have arts and culture. It strengthens your school system and encourages people to raise families here and, when there are activities, you can get out of your house and meet all kinds of different people,” said Jackson.

“We recently hired EKAY Economic Consultants to do an economic and fiscal impact analysis on the museum,” said Walker of the Nevada Museum of Art. “The reported economic impact of this museum was almost $17 million [in 2015]. But I think, while it’s important to talk about the economic impact of arts and culture, we sometimes lose sight of the intangible benefits that are typically much larger than any dollar amount that might be the result of an analysis like this.”

Both intangible and quantifiable sides of arts and culture are important. Because so many arts organizations are non-profits, it’s easy for public perception to be that they’re small organizations, with small economic impact.

For NAC to fund Nevada arts, NAC itself must be funded through a competitive grants process through the National Endowment for the Arts (NEA). Grants are applied for every three years and renewed annually. The upcoming grant amount is $704,000.

NEA’s program is a matching program with states, but Nevada more than matches NEA funds. “So our full budget is a little over $2.7 million dollars,” said Manfredi. “Figure $700,000 from the federal government, and the state rounds out the remainder.” For this reason, state funding is an important piece of the puzzle. For the non-profits, finding funding is a constant process.

“We’re a 501c3 non-profit organization,” said Barbre. “Less than 40 percent of our total revenue comes from ticket sales, so obviously that means we rely on contributions.” Two percent of the contributed revenue comes from government sources, 50 percent from foundations, a third from individuals, including board members, and the rest from corporations.

“Finding resources is the most challenging part of the job,” said Barbre. “Non-profits are perpetual startups – we finish one fiscal year and we start all over the next year. But I’m really encouraged by the level of philanthropy in Las Vegas.” Vegas is, after all, the community that built The Smith Center for the Performing Arts, a public-private partnership funded by donations.

Not all funding comes from within the state. Walker finds that large, unique museum projects resonate with people beyond Nevada’s borders. About 20 percent of NMA’s operating revenues come from outside the Nevada market, cities like Los Angeles, San Francisco, Chicago and New York, said Walker.

“We’re a non-profit organization, so support from the community is a constant, ongoing part of what keeps us viable,” said Crawford.

“The primary source of our funding is individual donors and patrons, sponsors,” said Jackson. “One thing that’s special about the Phil during the past 10 years, all but one of those years we’ve been in the black and expanding. I started in 2009 and have seen us really able to buck the national trend with symphony orchestras, which has been to contract and do fewer and fewer programs, smaller orchestras with a smaller complement of people on stage. Whereas we not only have our orchestra but a thriving chorus, and we’re commissioning pieces [of music].”

Some organizations actually started during economically adverse conditions. The Smith Center began construction during the start of the 2008 recession, and opened in 2012, the tail end of it. Today ticket sales make up 75 percent of funding, and 25 percent of the annual operating budget comes from fund raising.

“Ten years ago we were focused on bricks and mortar money to build. Today we’re focused exclusively on the annual fund and the endowment that will sustain the operation,” said Myron Martin, president, CEO. “We raise millions of dollars each year toward our annual fund and we continue to do that but simultaneously we’re working behind the scenes to raise the amount of money in our endowment. The goal is to build the endowment from $50 million to $100 million, which we figure will push The Smith Center on a path to a bright and sustainable future.”

With the advent of new presidential administration, there was concern both the NEA and the Corporation for Public Broadcasting would be zeroed out of the budget. Instead, Congress renewed the program and increased it, Manfredi said.

The Future of Arts

There’s more to arts, culture and creativity than just economics. In times of crisis when healing is needed, the arts can help citizens work through challenges or help soldiers work through PTSD, said Manfredi. “It’s a critical thing that’s there, and you’re seeing real positive momentum and positive effect on what arts and culture can do to bring people back from tragedies.”

As the perception of the importance of art to the community expands, artists and organizations in Nevada see new opportunities to find audiences and support.

“All the new tech companies in our area bringing in new people, these are not only potential ticket buyers but we just did auditions for the chorus and have several new members that are working for these businesses that are new in town. I think it’s going to strengthen everything all the way around to have so much new energy in town,” said Jackson.