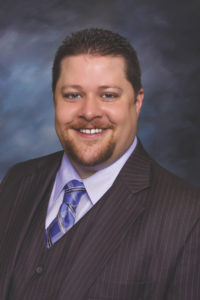 GLVAR housing statistics for May 2018

LAS VEGAS – Prices for existing homes sold in Southern Nevada kept rising through May and are now approaching their all-time peak, according to a report released by the Greater Las Vegas Association of REALTORS (GLVAR).

GLVAR reported that the median price for existing single-family homes sold in Southern Nevada during May through its Multiple Listing Service (MLS) was $295,000. That’s up 2.1 percent from the previous month and up 18.0 percent from $250,000 in May of 2017.

The median price of local condos and townhomes sold in May was $160,000, up 16 percent from the same time last year.

“At the rate we’re going, with prices going up by nearly $5,000 per month, it’s possible that local home prices could finally get back to their all-time peak sometime later this year,” said 2018 GLVAR President Chris Bishop, a longtime local REALTOR. “Most major markets around the country have already surpassed their peak home prices. With the local economy and job market continuing to post some of the biggest gains in the nation, I think it’s only a matter of time before we set an all-time record for local home prices. This has already occurred with new homes built here in Southern Nevada. For these reasons and more, we don’t buy into some recent reports suggesting that homes here are somehow overvalued.”

Bishop said a tight housing supply has been one factor pushing up prices. Southern Nevada continues to have about a month and a half supply of existing homes available for sale when a six-month supply is considered a balanced market.

By the end of May, GLVAR reported 4,118 single-family homes listed for sale without any sort of offer. That’s down 17.2 percent from one year ago. For condos and townhomes, the 799 properties listed without offers in May represented a 26.8 percent increase from one year ago.

Bishop said more homeowners would consider selling if there were more homes being built and available for them to buy. He cited recent surveys by the National Association of REALTORS (NAR) showing more than 70 percent of U.S. homeowners think it’s a good to time to sell.

The low supply may also be slowing down local home sales, which have been running roughly even with last year’s sales pace so far this year after increasing in recent years. The total number of existing local homes, condos and townhomes sold during May was 3,890. Compared to one year ago, May sales were down 10.7 percent for homes and down 3.8 percent for condos and townhomes.

GLVAR reported that 24.3 percent of all local properties sold in May were purchased with cash. That compares to 26.9 percent one year ago. That’s well below the February 2013 peak of 59.5 percent, indicating that cash buyers and investors are still active in the local housing market, but have been playing a much smaller role than they were five years ago.

Meanwhile, the number of so-called distressed sales continues to decline. GLVAR reported that short sales and foreclosures combined accounted for 2.6 percent of all existing local home sales in May, down from 6.8 percent of all sales one year ago.

These GLVAR statistics include activity through the end of May 2018. GLVAR distributes statistics each month based on data collected through its MLS, which does not necessarily account for newly constructed homes sold by local builders or homes for sale by owners. Other highlights include:

GLVAR was founded in 1947 and provides its more than 14,000 local members with education, training and political representation. The local representative of the National Association of REALTORS®, GLVAR is the largest professional organization in Southern Nevada. Each GLVAR member receives the highest level of professional training and must abide by a strict code of ethics. For more information, visit www.LasVegasRealtor.com.