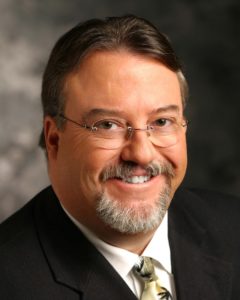 New York – T. Brian Callister, M.D. of Reno, Nevada, will testify this morning before a New York State Assembly health committee in New York City regarding his opposition to physician-assisted suicide and euthanasia. Callister is an internationally recognized expert on care transitions and end-of-life care. He has practiced medicine for 30 years and is currently an associate professor of medicine at the University of Nevada, Reno School of Medicine.

“I look forward to sharing my experiences which have resulted in my passionate opposition to physician-assisted suicide with the New York Assembly members,” Callister said. “There is a growing ground-swell of insurance companies who believe that physician-assisted suicide is better for patients without consideration of the quality of life, because for them, it’s the least-expensive option.”

Callister said he has seen this first hand when two different patients were denied potentially life-saving procedures, with the insurance companies suggesting that physician-assisted suicide might be a better solution.

The New York State Assembly is currently holding hearings regarding a legislative bill (A.2383-A –Paulin) to pass a state law in favor of physician-assisted suicide. The Assembly began hearings on the bill in Albany during April and continues through today in Manhattan.

T. Brian Callister, M.D., FACP, SFHM, is a Board Certified Internal Medicine and Hospitalist physician and associate professor of medicine at the University of Nevada, Reno School of Medicine. He is internationally recognized as an outspoken critic of assisted suicide and euthanasia and a frequent contributor to legislative bodies and the media on this topic. Dr. Callister is the governor-elect of Nevada for the American College of Physicians and was nominated by Modern Healthcare as one of the 50 Most Influential Physician Executives in Healthcare. He is a Fellow of the American College of Physicians and a Senior Fellow of the Society of Hospital Medicine.

Callister’s medical career has spanned four decades and he is a well-known speaker in the healthcare arena. He received his M.D. from the University of Utah School of Medicine where he graduated Alpha Omega Alpha. He graduated Phi Beta Kappa from Stanford University with a bachelor’s degree in economics.