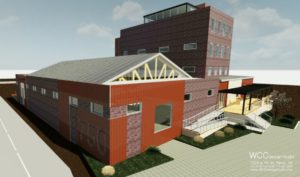 Reno – Dickson Commercial Group (DCG) is pleased to announce another successful sale of a large building in the downtown corridor. Tom Fennell, CCIM and Chris Shanks, CCIM represented the selling entity, Stonepine Properties, LLC in the transaction. The building sold for $1,650,000.

The 24,050 square foot building was built at the turn of the century and features an industrial tower and attached warehouse. It was originally part of Patrick Flanigan’s operations in the early 1900’s. Patrick Flanigan established a warehouse to store wool and other materials offloaded from the trains. Next door, Flanigan founded the Nevada Meat Company to process and distribute local meat. In later years, the building was used by a framing company and liquor distribution company. Today the building is located in the up and coming Brewery District along 4th Street.